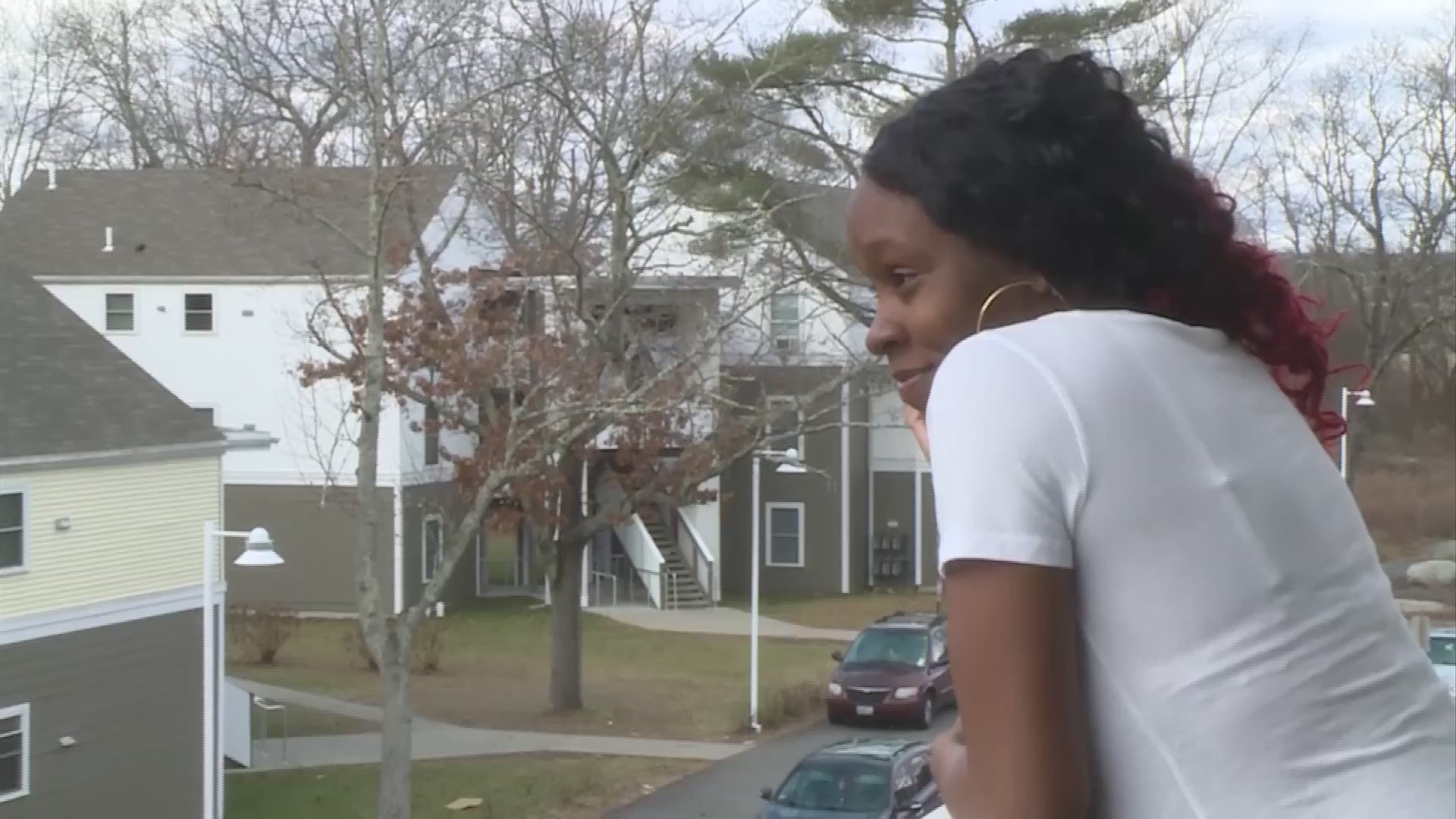 Men have traditionally made up the larger majority of the homeless population, but recent data from the U.S. Department of Housing and Urban Development show women represent more than 40 percent of homeless Americans.

Homeless shelters across the country are evolving to better equip women get back on their feet, like Crossroads Rhode Island. One woman detailed her experience from being homeless to now having an apartment for her and her children.

Tracy, who wished to not give her last name, struggled for months before she took her two young children to the family shelter at Crossroads Rhode Island. The room she was placed in was a shared space with other families in need.

After several weeks in the shelter, Tracy received word from Crossroads Rhode Island that an apartment had opened up for her and her growing family.

“The hardest thing was watching my kids watch me struggle,” Tracy said. “I love it [my apartment]. It’s a blessing— anything to get me out of the shelter.”

According to data collected by the U.S. Department of Housing and Urban Development, women often exhaust every other option they can before they stay in a shelter or transitional housing.

“Nationally, the number of individuals who are homeless is around a half million. Women represent about 40 percent of that,” Crossroads RI Executive Director Karen Santilli said. “The chronic homeless tend to be more men, so if you are a woman not part of a family, not a veteran, or not chronically homeless, there are not a lot of resources for you to get out of homelessness.”

Santilli said the leading causes of homelessness continue to evolve. Lack of affordable housing, mental illness, addiction, and domestic violence are all cited as reasons women are in shelters.

She explained that agencies across the country have recognized the gap and the shelter system is trying to evolve to keep up with the changing demographic.

Fundraisers like the “Women Helping Women” event that’s held each year in Rhode Island have raised more than $1 million to help fund a new women’s only shelter and women’s educational training.

For the past 10 years since this fundraiser began, influential women in the community got together to raise funds and awareness on this issue. Santilli said the event has evolved into supporting women experiencing homelessness, housing support, education, employment and financial literacy.

It’s this very funding that helped Tracy forge a better life for her and her children. She received training to become a certified nursing assistant through a program offered by Crossroads Rhode Island.

Tracy, who is pregnant with her third child, had to take public transportation for hours each day to make the classes.

“The hardest part was we had a test every two days,” Tracy recalled. “So I had to go home and study at the shelter and I still had to do my chores. It was hard. I did what I had to do for my children to get on my feet because I love my kids.”

Tracy is on track to receive the CNA certificate and credits several dedicated staff members at the area shelters she was placed in with helping her create a solid future for her and her growing family.