Hidden History: How the Amistad became a beacon of hope 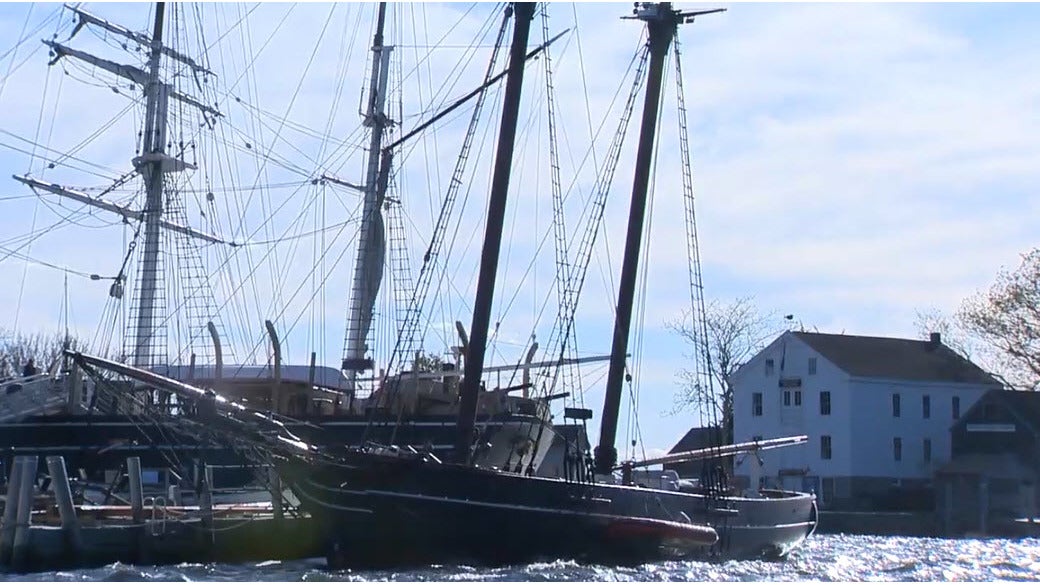 MYSTIC, Conn. (WTNH) – The Amistad was never meant to be a slave ship. However, in 1839 off the coast of Cuba, that’s what it became.

“Slaves end up on this boat by some owners that were a little shady and took a last minute purchase. They were brought onto the boat in the dead of night, shackled, dressed in sailor garb because they didn’t want to get caught.”

The ship was built for supplies and cargo, not human beings. Despite that, 53 African natives were packed onto the boat in extreme conditions.

“They were loaded onto the vessel,” said Jonathan Drolet, a Bosun on the Amistad.

It wasn’t long before the captives revolted. They were led by Sengpie Pieh, and took back the ship.

“He is your average, everyday farmer from Mendiland. He is an ordinary person put into an extraordinary circumstance. He rises to the occasion and is the hero of the story,” said Jason Hine, an Educator and Deckhand on the Amistad.

At Connecticut’s Mystic Seaport, a replica of the Amistad sails again. It’s part of the “Discovering Amistad” initiative.

It sits in a harbor not far from New London, where it eventually ended up over 175 years ago.

“When the Amistad landed in Connecticut, abolitionist were already organized and jumped on the case immediately,” said Jaclyn Levesque with the Amistad.

The Africans found themselves in a legal battle, even defended in court by former President John Quincy Adams.

At the time, it wasn’t the most popular stance.

“Yeah, there were a lot of people who were still very much in support of slavery at this time. And some of the newspapers in New York take a very different perspective…very un-sympathy to the Africans,” said Rachel Margolis, an educator with the Amistad.

The highly publicized case made it all the way to the U.S Supreme Court.

The court victory did not end slavery, far from it.

“The case actually didn’t have that big of an impact on Supreme Court law, on precedent. But it was a symbolic case,” said Jaclyn Levesque.

The story of Amistad did become a beacon of hope across the nation.

“To tell us that progress is possible. That we can keep moving forward. That there are people like Sengpie Piehand and allies like John Quincy Adams and abolitionists that are continually working for social change. We see that today,” said Charlie Best.

The mission of “Discovering Amistad” is to provide a living history of the important story.

“This is one of the shining moments for abolitionists and others who believe in real equality,” said Jason Hine.

It’s also an example of the justice system working.

“Being unbiased, being impartial. Allowing the small voice to be held at the same level as those in power,” said Charlie Best.

He connects the hope and freedom, fought for and won, to the ongoing struggle for social justice in our nation.

“We are still seeing this social change happening. Through the courts and grassroots organizations, and local activists, from children to lawyers to musicians to artists to poets; everyone is working to make change, and that directly connects to the Amistad story,” said Best.