Exploring the distinct and diverse flavors of Hispanic cuisine 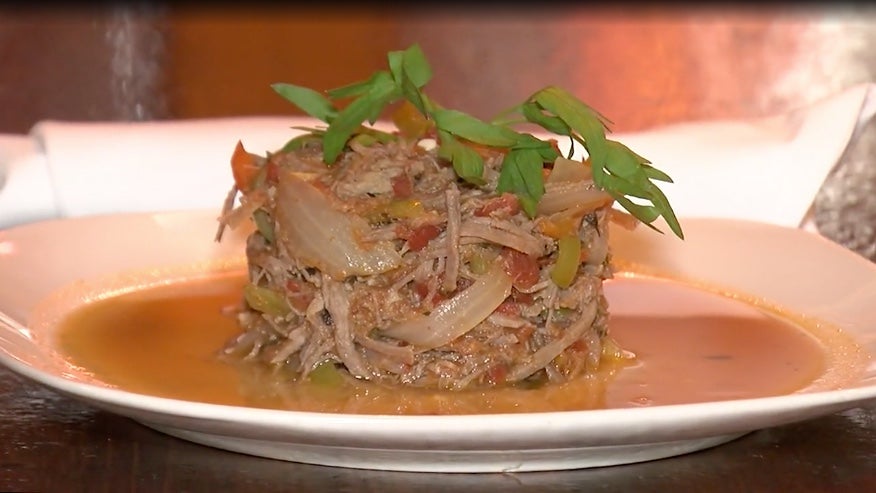 BAKERSFIELD, CA (KGET) – Hispanic Heritage Month is the perfect opportunity to explore the diversity of Hispanic cuisine. Here in the United States, we are most familiar with Mexican food, although Mexican cuisine is only a small taste of what Hispanic recipes offer the world.

Latin communities are united by one language. But individual customs, traditions, ethnic dialects, and especially food, brings out the unique charm of each country.

Like most Latin American menus, Salvadoran dishes are centered around corn, and one of the country’s most notable dishes is the pupusa. It is corn tortilla stuffed with beans, cheese, and pork.

It is important to note one thing with Salvadoran cuisine, “We don’t do spicy food,” says Dina Garcia, owner of Su Casita Salvadoran restaurant in Bakersfield, CA. Salvadoran meals tend to be milder.

“We still use the ingredients of our ancestors, of the Pipil and Lenca,” said Garcia. “You can taste all the ingredients. It is not spicy.” Cassava root, pork, and plantains are a staple in their kitchen. “We use plantains a lot,” says Garcia. “We use it toasted, fried, we eat it with cream or beans, we use it a lot for the typical dishes of El Salvador.”

The Carribean palette is on the other end of the spectrum.

“A lot of spices, a lot of garlic,” that’s how Victor Casas, owner of Mama Roomba Cuban restaurant, describes Cuban food. “It’s a combination of African-American and Latin American food. A lot of rice, beans, and pork.”

Seafood dishes are also popular in Cuba. A Cuban restaurant staple is ropa vieja: stewed beef – shredded pulled with vegetables. This is one of Cuba’s national dishes. And just like with Salvadoran cuisine, you won’t find many chile peppers here.

Mexican food has made its mark in the U.S. for centuries. You have the basics; tacos, tortilla chips, and burritos. But, deep in the heart of Mexican cuisine history reveals an abundant, tasty story.

“The culture of Mexico is so broad,” said Josue Sanchez, owner of Nuestro Mexico Mexican restaurant. “It goes back thousands of years. We’re talking about Aztecs, Toltecs, and Mayans.”

Each region cooks up its own flavors. “If you go to the south, in Yucatan and Merida, achiote [is common] for sure,” said Sanchez. “If you go to the coast, I would say salt and lemon because they cook a lot of ceviches. If you go to the north [you’ll find] many salsas with spices and a lot of meat. If we talk about the center of Mexico, it becomes a very delicate, gourmet cuisine.”

Culinary classics from different cultures vary from country to country, community to community, with enough distinctive flavors to enjoy an extraordinary feast during Hispanic Heritage Month.