Historic Ybor City walking tours take you back in time 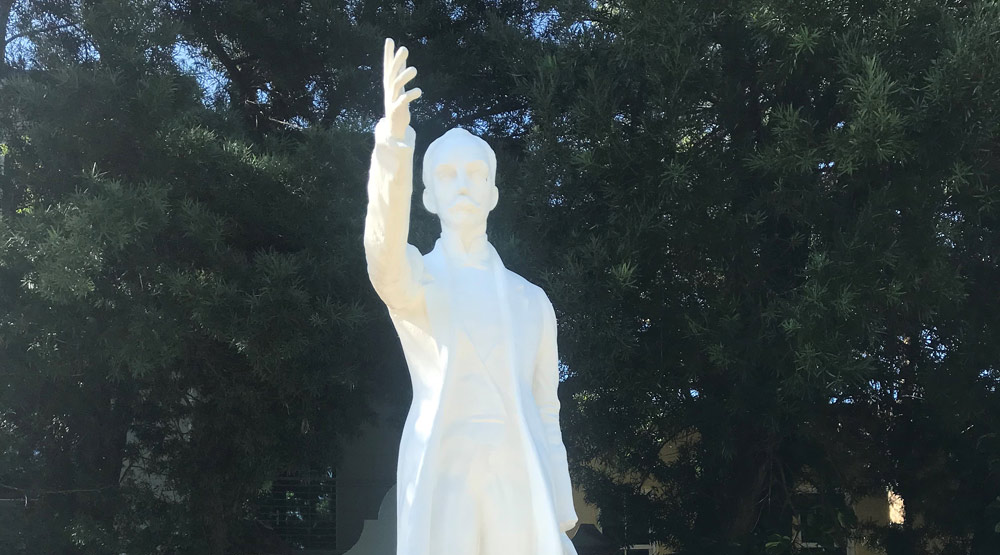 TAMPA, Fla. (WFLA) – You can see it in the architecture, taste it in Cuban sandwiches, and smell it in the cigars in the air.  Historic Ybor City in Tampa is a culture rich in Cuban history.

“He wants to build what is a lasting legacy, something that will carry his name,” said Steven Stamberger as he walked past the old Centro Espanol.

Stamberger is not only a great storyteller, he’s a guide with Historic Walking Tours of Ybor, who helps to carry on the legacy of the city’s Cuban heritage through his tours. “We’re going to take you back in time. We’re going to take you to the casitas, the factory houses that Mr. Ybor will build and provide for all of the people who come to work here, and to live here. You’ll learn what life was like back then. It was a little harsh by today’s standards,” said Stamberger at the start of the walking tour.

The tour starts at the statue of Mr. Vicente Martinez Ybor, the founder of Ybor City, and creator of the legacy of the Cigar City. The 90-minute tour takes you back to the late 1800s. From the very first social club, Centro Español, to the Cuban Club, the tour gives a glimpse of how social clubs were the heart and soul of the community. “You’re entire personal life will be spent in your respective social club,” said Stamberger.

These days, many of the clubs have been turned into restaurants and other businesses. Walking through Ybor City you’ll see many pieces of history, even that no longer in operation. The tour also includes historic cigar factories, the State Museum, and a spot known to many Cubans as holy ground.

Jose Marti Park is the only plot of land in the United States owned by Cuba. “So it’s actually Cuban soil in each one of these round gardens,” Stamberger said as he pointed out the round gardens surrounding a statue of Jose Marti.

Marti is known as a Spanish Aristocrat who gave his famous speech from Ybor City, calling for the liberation of Cuba. “You’ll often see families that will purposely travel to Ybor City from all over the country to visit this park because this is holy ground,” said Stamberger.

The tour offers a living history, waiting for people to explore. “We may not be Cuban, we may not be Spanish, but we all have a link to what went on here,” Stamberger said.

The tour costs $20 for adults, $10 for Children 6-12 and free for children 5 and under. For more information click here.