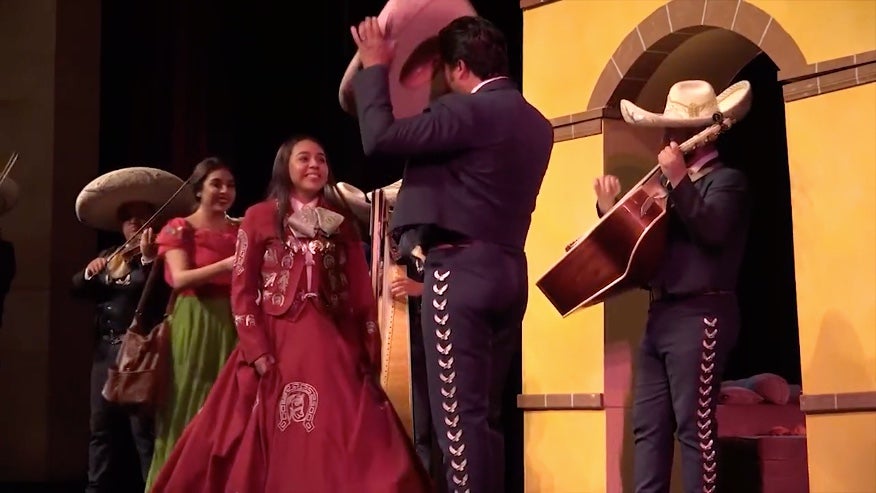 BAKERSFIELD, CA (KGET) – The music of the mariachi, especially for Mexicans and Mexican Americans in the U.S. is a cultural emblem. It not only occupies a central place in community celebrations, it’s also a part of the Mexican tradition and identity.

A fiesta is never complete without a mariachi, a world-renowned Mexican music expression. In September of 2012, mariachi was declared an “Intangible Cultural Heritage of the Humanity” by the United Nations Educational, Scientific, and Cultural Organization, known as UNESCO. A recognition that people like Miguel Orozco, producer and director of Hispanic musical bilingual theater plays in California, says was due a long time ago. “My first thing would be why did it wait so long because mariachi has been around for centuries and mariachi is…..the soul of Mexico.”

Orozco grew up in the United States, however, his family and roots go back to Mexico, and so does his heart. The bilingüal musical play “Mariachi Girl” is one example of his latest projects. It details the struggles of an immigrant family when their youngest daughter wants to become a mariachi singer.

“Cita, your father has his reasons for not wanting you to sing mariachi,” says her mother in one of the scenes of “Mariachi Girl”.

“Yeah, because I’m a girl, that’s the only reason,” the character Cita replies.

“I feel being in “Mariachi Girl” can give so many messages, like women can do anything, anything they want to, anything they put their minds to and really are dedicated to. You can do it,”says Estefani Lopez, who plays the protagonist Cita. “And I feel like it’s also an example for parents that they should not be so much into what’s traditional,” she adds, “but as generations come…..everything is changing.”

At the end of “Mariachi Girl”, the love for the traditions and family values win the heart of her father, a professional mariachi player, and singer.

The city of Bakersfield, California, has been blessed with many mariachi groups, especially one which has roots in Mexico that continue the tradition with three generations of family members. The founder of “Mariachi San Marcos” Don José Laris, couldn’t be prouder of the “UNESCO” declaration.

José Luis Laris, Don José Laris youngest son, has taken to heart his commitment to teaching kids the beauty and importance of Mexican music from a very early age. Parents play a primary role. But it also takes people like Laris and others to ensure that the new generations of immigrants, who are raised in this country, understand and learn to love and respect the Mexican Mariachi music.