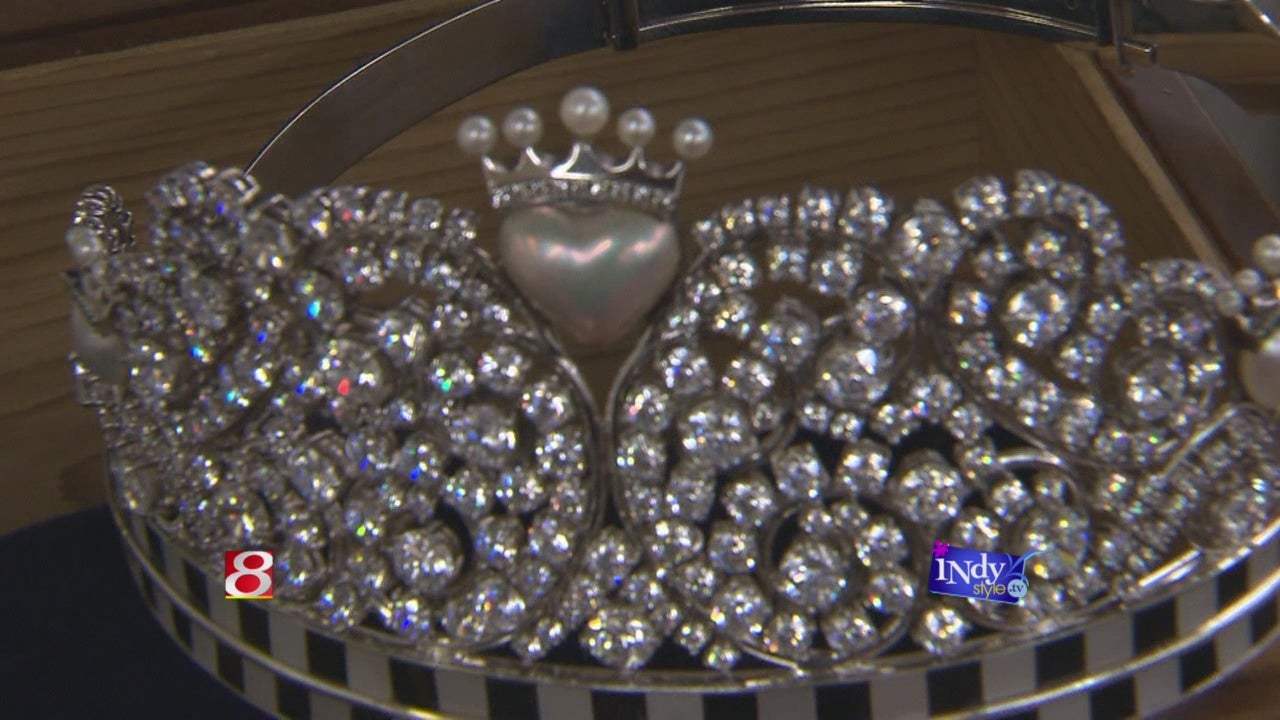 G. Thrapp Jewelers created history in 1999 when they designed the crown for the 500 Festival Queen. It is the same crowd that will be used this weekend when the 500 Festival Queen is crowned at Breakfast at the Brickyard. We go behind the scenes to find out about the history for the crown and get a look at the necklaces designed for this year’s Princesses.

Gary Thrapp, owner of G. Thrapp Jewelers is very very big on tradition and helping the community and really being an active participant in everything that goes on in Indianapolis.” Lauren Bauer, Marketing Director G. Thrapp Jewelers

Three of Racing’s Most Influential Women to Speak at 500 Festival Breakfast at the Brickyard, presented by Midwestern Engineers, Inc.
Janet Guthrie, Lyn St. James and Alice Hanks to discuss the evolution of women in racing
INDIANAPOLIS (April 21, 2015) – The 500 Festival, a nonprofit organization providing life-enriching events for Indiana and celebrating the legacy of the Indianapolis 500, will host three of the Indianapolis 500’s most prolific female figures at this year’s 500 Festival Breakfast at the Brickyard, presented by Midwestern Engineers, Inc. The event, open to the public, will be held on Saturday, May 16th at 8:30 a.m. at the Indianapolis Motor Speedway.
While women continue to make advancements in racing, just 60 years ago they were not permitted to set foot in the garage area – let alone competitively race. Lyn St. James, Janet Guthrie and Alice Hanks will discuss their experiences as trail blazers for women in auto racing and provide insight into racing’s evolution as women continue to push the sport forward. The panel will be moderated by television sports announcer, Bob Jenkins.
·         Janet Guthrie: In 1977, Janet Guthrie made headlines across America when she became the first woman to qualify and compete in the Indianapolis 500. A pioneer for women in the racing industry, Janet’s helmet and race suit can be found in the Smithsonian Institution and she has been inducted into the International Motorsports Hall of Fame and the International Women’s Sports Hall of Fame.
·         Lyn St. James: Lyn St. James made history in 1992 when she was the first woman to win the Indianapolis 500 Rookie of the Year award. St. James went on to start seven Indianapolis 500 races and was named one of Sports Illustrated for Women’s Top-100 Women Athletes of the Century.
·         Alice Hanks: The wife of 1957 Indianapolis 500 winner, Sam Hanks, Alice Hanks was part of the racing world during a time when women were not allowed in the garage area or on pit lane. Because of the strict regulations surrounding women in racing, Ms. Hanks watched her husband take the checkered flag from the grandstands.
Breakfast at the Brickyard attendees will enjoy a hearty Hoosier breakfast and hear from Indianapolis Motor Speedway and 500 Festival executives. Indianapolis Mayor Greg Ballard will salute the Hoosier mayors attending the event and the 2015 500 Festival Queen will be crowned. This action-packed day also includes an opportunity for ticket holders to drive their car around the famed oval track (weather permitting) and tour the garages before enjoying the afternoon qualifying session for the Indianapolis 500.
This event is open to the public. Individual tickets are available for $60 and corporate and community tables are available for $750. For more information, or to purchase tickets, visit 500festival.com/tickets or call 317-614-6400.
The 500 Festival Breakfast at the Brickyard is sponsored by: Midwestern Engineers, Inc., Ice Miller LLP, AAA Hoosier Motor Club, Crowe Horwath LLP, Indianapolis Motor Speedway, WIBC, The Indianapolis Business Journal, and WISH-TV.  WISH-TV will broadcast the Breakfast at the Brickyard live on Saturday, May 16 beginning at 8:30am.
About the 500 Festival
Founded in 1957, the 500 Festival is a not-for-profit organization that produces more than 50 life-enriching events and programs while celebrating the spirit and legacy of the Indianapolis 500 and fostering positive impact on the city of Indianapolis and state of Indiana. One of the largest festivals in the nation, each year more than half a million people attend an event or program produced by the 500 Festival. Since its founding, the 500 Festival has contributed more than $350 million in economic value to Indianapolis.