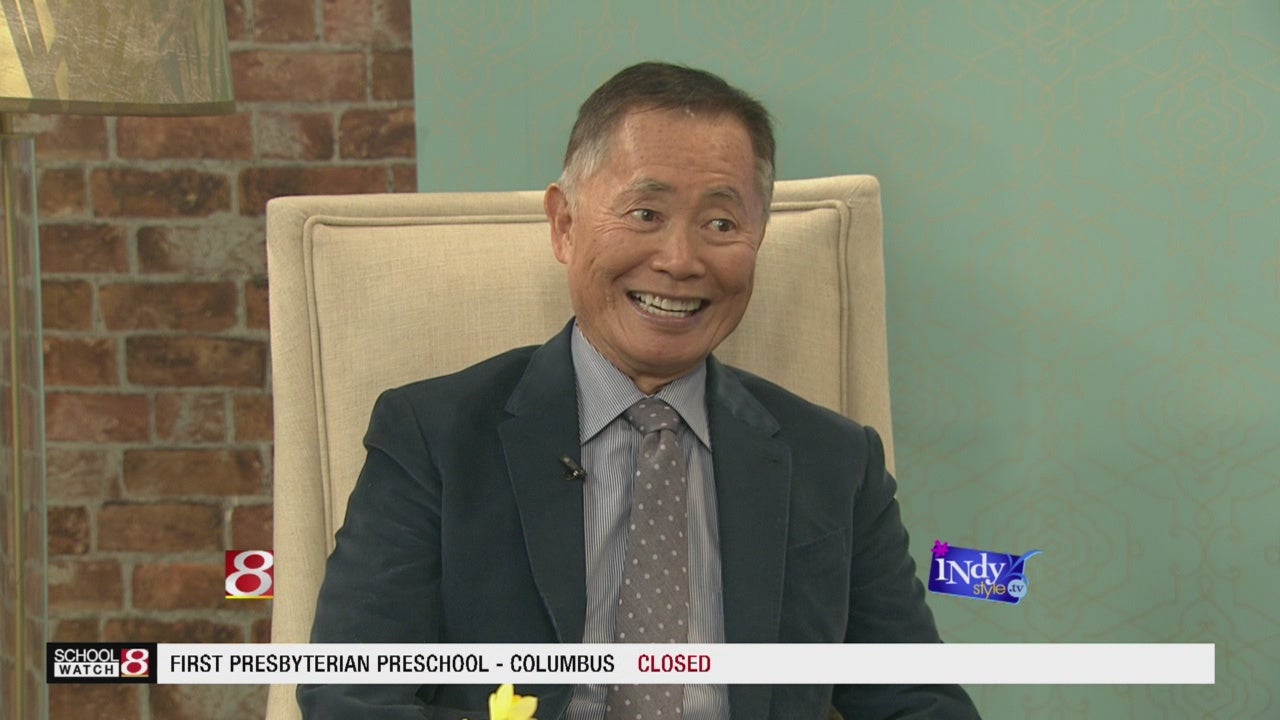 Actor/social activist George Takei speaks at Clowes Memorial Hall of Butler University as part of the Celebration of Diversity Distinguished Lecture Series February 16, at 7:30pm with “An Evening with George Takei”

Takei is an actor, social justice activist, social media mega-power, star of the upcoming Broadway musical Allegiance, host of the AARP-produced YouTube series “Takei’s Take,” and subject of To Be Takei, a documentary on his life and career.

Takei is known around the world for his founding role in the acclaimed television series Star Trek, in which he played Hikaru Sulu, helmsman of the Starship Enterprise. He starred in three seasons of Star Trek and later reprised his iconic role in six movies.

Mashable.com in 2012 reported Takei is the most influential person on Facebook, currently with more than 7.2 million likes. https://www.facebook.com/georgehtakei. Takei also has more than 1.25 million followers on Twitter.

Takei, a Japanese American who from age 4 to 8 was unjustly interned in two U.S. internment camps during World War II, is an outspoken supporter of human right issues and community activist. Takei is Chairman Emeritus and a Trustee of the Japanese American National Museum in Los Angeles.

We need to know about American History and what happened to our constitution when histeria seeps the country and yet people don’t know about it. So it ‘s been my mission to tell that story.”

The openly gay Takei has served as the spokesperson for the Human Rights Campaign “Coming Out Project,” and was Cultural Affairs Chairman of the Japanese American Citizens League. He was appointed to the Japan-U.S. Friendship Commission by former President Clinton and the government of Japan awarded Takei the Order of the Rising Sun, Gold Rays with Rosette, for his contribution to U.S. – Japanese relations.

Tonight, it’s George Takei speaking as part of Butler University’s Celebration of Diversity Distinguished Lecture Series. On March 18, radio host/revitalization expert Majora Carter will speak. And on April 2, the speaker will be Michel Martin of NPR.

The events are free, but tickets are required. You can get tickets at the Clowes Hall box office during regular business hours.

Butler University is proud to host the Celebration of Diversity Distinguished Lecture Series, presented as a collaborative diversity initiative of Butler University and the Office of the Mayor for over 25 years to our community. The Celebration of Diversity Distinguished Lecture Series, founded in 1987, and the Visiting African-American Scholars Program, implemented in 1989, was developed to provide Butler and the greater Indianapolis community with opportunities to encounter outstanding dignitaries and scholars through short-term campus visits. Dr. Maya Angelou, Global Renaissance Woman, was the official inaugural lecturer of the Series in February, 1988.

Serving Butler and the greater Indianapolis community, the Celebration of Diversity Distinguished Lecture Series has become one of the largest multicultural collegiate observances in the Midwest, hosting over 50,000 people in the last decade. The population served includes Butler students, faculty, staff and alumni; area high school and college students; Indianapolis community leaders and residents; and student and faculty groups from other Indiana colleges and universities. All events are free and open to the community.

The mission and purpose of this partnership is to:

• Support the Mayor’s commitment to race relations and diversity within the Indianapolis community;

• Combine efforts to develop a sense of awareness and understanding of differences and similarities among people of different races through increased dialogue and cultural interaction.UPCOMING LECTURES IN THE SERIES INCLUDE:

Carter is probably the only person to receive an award from John Podesta’s Center for American Progress and a Liberty Medal for Lifetime Achievement from Rupert Murdoch’s New York Post. Fast Company named her one of the 100 Most Creative People in Business; The New York Times described her as “The Green Power Broker;” and the Ashoka Foundation’s Changemakers.org recently dubbed her “The Prophet of Local.”

Carter hosts the Peabody Award-winning public radio series “The Promised Land” and serves on the boards of the U.S. Green Building Council and The Wilderness Society. She has a long list of awards and honorary degrees, including a MacArthur “Genius” Fellowship.

Carter founded and led Sustainable South Bronx, from 2001 to 2008, when few were talking about “sustainability”-and even fewer in places like the South Bronx.

By 2003, Carter coined the phrase “Green the Ghetto” as she pioneered one of the nation’s first urban green-collar job training and placement systems, and spearheaded legislation that fueled demand for those jobs. Her 2006 TEDtalk was one of six presentations to launch that groundbreaking website.

Martin has spent more than 25 years as a journalist-first in print with major newspapers and then in television. Her NPR show “Tell Me More,” which aired from 2007-2014, marked her debut as a full-time public radio show host. Martin has also served as contributor and substitute host for NPR newsmagazines and talk shows, including “Talk of the Nation” and “News & Notes.”

Martin joined NPR from ABC News, where she worked since 1992. She served as correspondent for “Nightline” from 1996 to 2006, reporting on such subjects as the Congressional budget battles, the U.S. embassy bombings in Africa, racial profiling and the aftermath of Hurricane Katrina. At ABC, she also contributed to numerous programs and specials, including the network’s award-winning coverage of September 11, a documentary on the Anita Hill-Clarence Thomas controversy, a critically acclaimed AIDS special, and reports for the ongoing series “America in Black and White.”

Before joining ABC, Martin covered state and local politics for the Washington Post and national politics and policy at the Wall Street Journal, where she was White House Correspondent. She has also been a regular panelist on the PBS series “Washington Week” and a contributor to “NOW with Bill Moyers.”

Experts Guide: To find the ideal expert for your story, visit our Experts Guide at http://www.butler.edu/experts/