Actor Theo James talks about his role in Insurgent 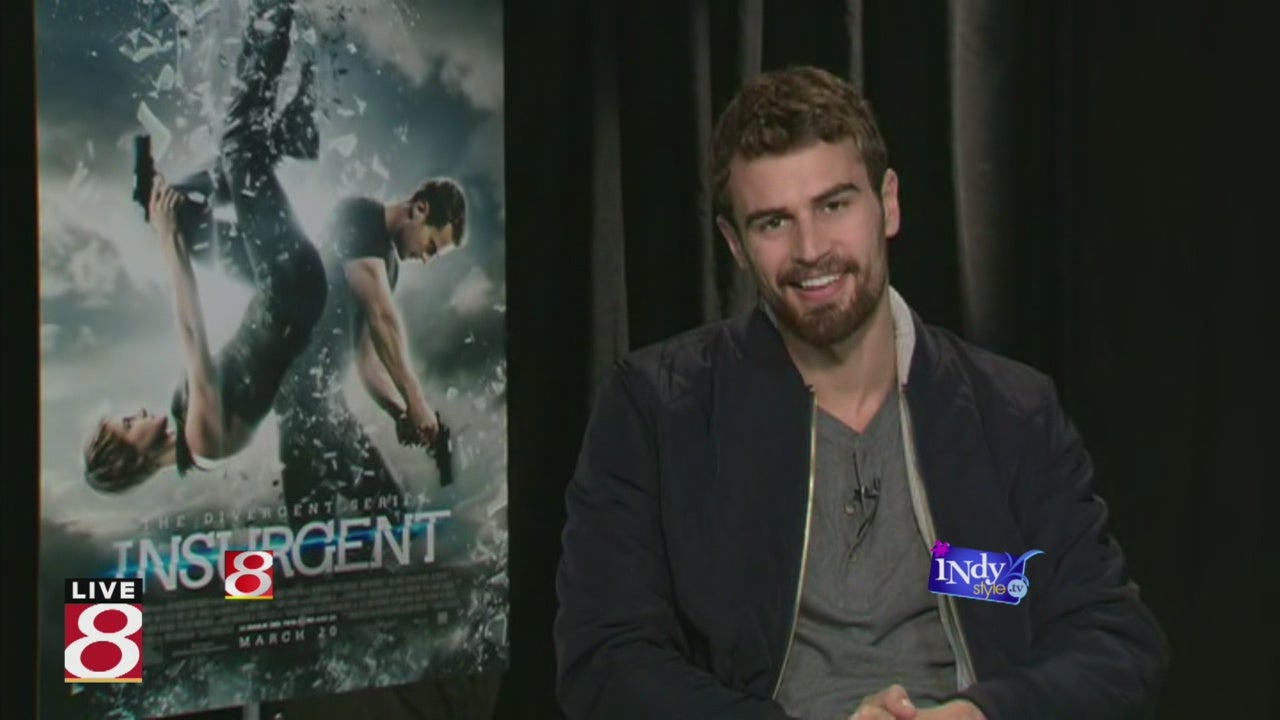 Actor Theo James talks about his role in Insurgent, coming to theaters March 20.

…if you’re going to make a second movie, you try to expand it really and blow the walls out a little and take some risks on it…you may as well kind of push it as far as you can.”

societal classifications or “factions”-Tris (Shailene Woodley) and Four (Theo James) find themselves on the run from Jeanine (Kate Winslet), the power-hungry leader of the Erudite faction. As the traitorous Dauntless troops under Jeanine’s command prowl the ruins of dystopian Chicago rounding up Divergents, Tris and Four traverse the city hoping to find allies among the Amity, Candor, Abnegation and Dauntless factions-as well as the rebellious and impoverished mass of Factionless.

Although heartsick and guilt-ridden over the violent deaths of her family and friends,Tris tries to uncover the secret her parents sacrificed their lives to protect-the very secret that explains why Jeanine will stop at nothing to capture her.

Desperate to avoid causing pain to any more of her loved ones, Tris faces her darkest fears in a series of near-impossible challenges as she seeks to unlock the truth about the past, and ultimately the future, of their world

Filmed on location in Atlanta, the futuristic action-adventure The Divergent Series: Insurgent is directed by Robert Schwentke from a screenplay by Brian Duffield and Academy Award-winner Akiva Goldsman and Mark Bomback, based on the novel “Insurgent” by Veronica Roth.

The Divergent Series: Insurgent will be released in 2D as well as digitally re-mastered and released in Digital 3D, IMAX 3D and RealD 3D for its domestic theatrical release

Rating: PG-13; for intense violence and action throughout, some sensuality, thematic elements and brief language.  Visit the official website at thedivergentseries.com