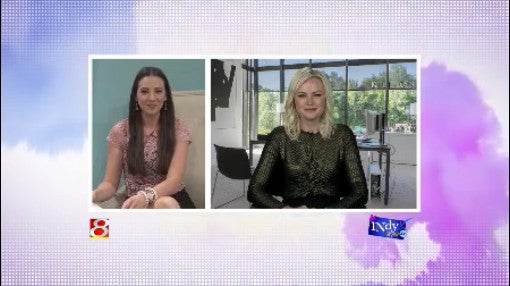 You’ve seen her in “The Proposal,” “Rock of Ages,” and “27 Dresses,” but actress Malin Akerman is currently starring in Season 2 of SHOWTIME’s drama, “Billions,” which premieres on Sunday at 10 p.m.

Starring Oscar nominee and Emmy and Golden Globe winner Paul Giamatti and Emmy and Golden Globe winner Damian Lewis, season two picks up immediately after the explosive season one finale, which ended in a head-to-head confrontation between hard-charging U.S. Attorney Chuck Rhoades (Giamatti) and billionaire hedge fund king Bobby “Axe” Axelrod (Lewis), giving no mercy in the scorched-earth battle to retain the power positions they’ve spent a lifetime building. With dueling investigations haunting Chuck and Bobby, both men are facing a full frontal assault that will force them to reconsider everything and everyone.

Named one of Variety’s ’10 Actors to Watch’ in 2007, Swedish-Canadian actress MALIN AKERMAN has since been tearing up Hollywood with her beauty and charisma, her sharp comedic timing and her touching dramatic performances. In 2012 she graced the big screen in Wanderlust, with Paul Rudd and Jennifer Aniston, sang alongside Tom Cruise in the musical adaptation of the Broadway hit Rock Of Ages and starred in Sebastian Gutierrez’s nod to classic film noir Hotel Noir.

At the 2011 Tribeca Film Festival, Akerman shared the big screen with Ryan Philippe and Taylor Kitsch in Steven Silver’s The Bang Bang Club. She was seen in theaters nationwide in the 2010 Sundance Audience Award winner Happythankyoumoreplease, opposite Kate Mara, Zoe Kazan and Josh Radnor. In 2009 Akerman was seen in the comedy Couples Retreat, opposite Vince Vaughn, Kristen Bell, Jason Bateman and Jon Favreau; and co-starred in Zack Snyder’s blockbuster Watchmen, which opened at number one with more than $50 million in box office sales. She was in the 2008 romantic comedy 27 Dresses, directed by Anne Fletcher and a year later joined Sandra Bullock and Ryan Reynolds in Fletcher’s The Proposal. In 2007 she starred alongside Ben Stiller in The Heartbreak Kid, directed by the Farrelly brothers.

Akerman recently starred in the feature film The Final Girls, opposite Taissa Farmiga and Nina Dobrev, which made its world premiere at 2015’s SXSW Festival. Her critically acclaimed film, I’ll See You In My Dreams, opposite Blythe Danner, made its world debut at the 2015 Sundance Film Festival and was released in May 2015. Akerman also recently starred in the upcoming independent film The Ticket, opposite Dan Stevens and directed by Ido Fluk.

Akerman is also no stranger to the small screen. Her breakthrough came in 2005 on the HBO series The Comeback, with Lisa Kudrow. She had a memorable recurring role on the third season of Entourage, as well ABC’s hit comedy Suburgatory, was seen in a special episode of How I Met Your Mother and stars in the third season of Adult Swim’s Emmy® Award winning medical drama parody Children’s Hospital. From 2013-2014 she starred as the title character of ABC’s comedy Trophy Wife, opposite Bradley Whitford, Marcia Gay Harden and Michaela Watkins.

Akerman currently splits her time between New York and Los Angeles. In her spare time, she enjoys volunteering for organizations such as the Environmental Media Association and Opportunity International.

For more info, go to www.sho.com/billions.