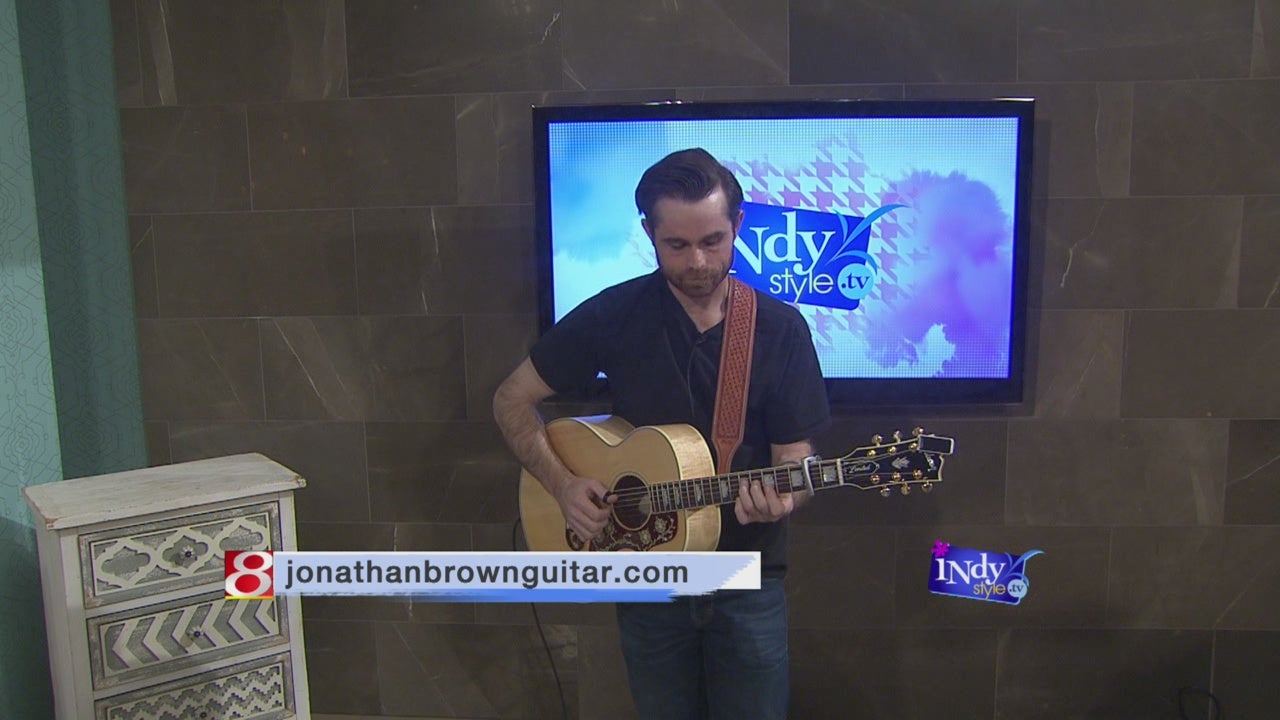 He’s a guitarist/composer/teacher from Nashville, TN and has played on the world famous Grand Ole Opry and been an active member of the Chet Atkins Appreciation Society. Meet Fingerstyle Guitarist Jonathan Brown.

About Jonathan: Hearing the guitar styles of Chet Atkins at an early age, he was eager to learn the fingerstyle guitar technique. Jonathan has taken the fingerstyle technique and transformed it into his own style of playing that shows a wide variety of influence ranging from jazz to classical.

– Jonathan came within a string’s width of winning the 2016 Indiana Fingerstyle Guitar Competition, which drew top players from throughout the U.S. and beyond.

His sensational performance there (Nashville, Indiana) July 30 won him many new fans and led to his Indianapolis debut this Saturday (Feb. 25).

– Jonathan plays original compositions-including a recent recording with string quartet-as well as his own, intricate arrangements of standards like “Cheek to Cheek” and many other favorite tunes. His playing is deeply influenced by Chet Atkins.

– House concerts are intimate, invitational events-not ticketed public concerts. There are a few seats left for tomorrow evening’s house concert, and Jonathan would love for those who appreciate his fingerstyle guitar music to meet him and hear him up close.