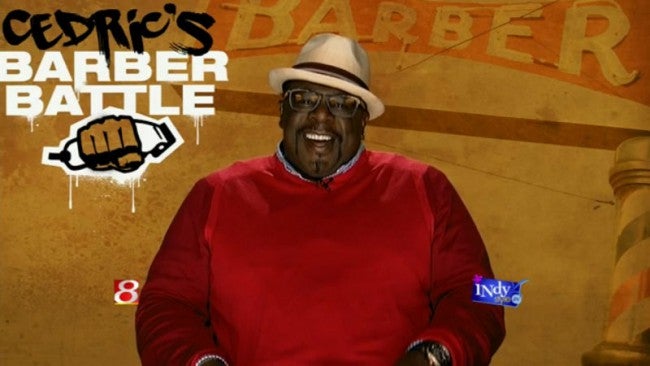 CEDRIC’S BARBER BATTLE, an all-new reality competition series hosted by actor and comedian Cedric The Entertainer, sets out to capture the unique culture that exists in barbering communities across the country. Blending craft with comedy, CEDRIC’S BARBER BATTLE will visit different barbershops in communities, including Los Angeles, Queens, Harlem and Austin, where the best barbers will go head-to-head in a hilariously unfiltered, no-holds-barred arena. Creating hair sculptures that feature elaborate designs, ranging from images of a person’s face to grand cityscapes, the barbers will use nothing more than their clippers and a few coloring tools to create intricate works of art that are both imaginative and location-centric. Episodes will contain two challenges: a “buzz cut” challenge, set inside an iconic barbershop, and an outdoor “cut down” challenge, located at a regional landmark in each city. At the end of each episode, a champion will be crowned. The show premieres April 17 at 8pm on CW/WISH-TV.

The panel of judges, also known as “The Cutting Board,” is made up of renowned celebrity barbers including Curtis Smith, Rich the Barber, Bashan “B.G. Cutta” Gibbs and famed instructor Lena Piccininni.

It is definitive competitive…we wanted to be able to show the skills…at the same time that fun, free energy.”

Actor and comedian Cedric The Entertainer has had tremendous career success spanning television, film and live performance, solidifying his standing as one of the premier entertainers in the world.

On the big screen, Cedric has starred opposite some of Hollywood’s biggest stars including John Travolta in “Be Cool,” Julia Roberts and Tom Hanks in “Larry Crowne,” George Clooney in “Intolerable Cruelty,” Don Cheadle in “Talk to Me” and most recently Chris Rock in the comedy “Top Five.” Some of his other film credits include “Barbershop,” “Johnson Family Vacation,” “The Honeymooners,” “Cadillac Records,” “Big Momma’s House,” “Lemony Snicket,” “Welcome Home, Roscoe Jenkins” and “The Original Kings of Comedy.” Cedric has also voiced characters in family-friendly hits including the “Madagascar” movie franchise, “Planes,” “Charlotte’s Web,” “Dr. Dolittle 2,” and “Ice Age.”

In 2006, Cedric’s first-ever HBO comedy special, “Cedric The Entertainer: Taking You Higher,” was the network’s highest-rated special that year. In 2012, Cedric created the comedy series “The Soul Man,” a spin-off of TV Land’s “Hot in Cleveland.” The show is currently in its fourth season. Elsewhere on television, Cedric was named host of the long-running game show “Who Wants to Be a Millionaire” in 2013, replacing Meredith Veira.

Off screen, Cedric released his first book, “Grown-Ass Man,” in 2002. He made his directorial debut in 2009 with the dance film spoof “Dance Fu,” starring Kel Mitchell. And in 2011, Cedric launched his designer hat line, “WhoCed Hats.”

In 2008, Cedric took his acting skills to Broadway, making his debut in a revival of David Mamet’s “American Buffalo,” the story of three small-time crooks conspiring to steal a rare and valuable coin from a neighborhood collector. His performance garnered critical praise.

Now helming his own production company, A Bird and a Bear Entertainment, Cedric is developing and producing feature films. “Johnson Family Vacation” was the first feature under the new company.

As a philanthropist, Cedric founded the Cedric The Entertainer Charitable Foundation, which provides college scholarships and outreach programs to enhance the lives of inner-city youth and their families in his hometown of St. Louis, Missouri.

Some other notable career accolades include The AFTRA Award of Excellence in Television Programming for his Fox series “Cedric The Entertainer Presents…” and four consecutive NAACP Image Awards for Outstanding Supporting Actor in a Comedy Series for The WB’s “The Steve Harvey Show.” Cedric also received the BET Richard Pryor Comic of The Year award for his ground-breaking work as host of “Def Comedy Jam,” and “Comic View.” In 2001, after starring in a Bud Light commercial during the Super Bowl (ultimately named the best Super Bowl commercial that year), USA Today dubbed Cedric “Madison Avenue’s Most Valuable Player.”