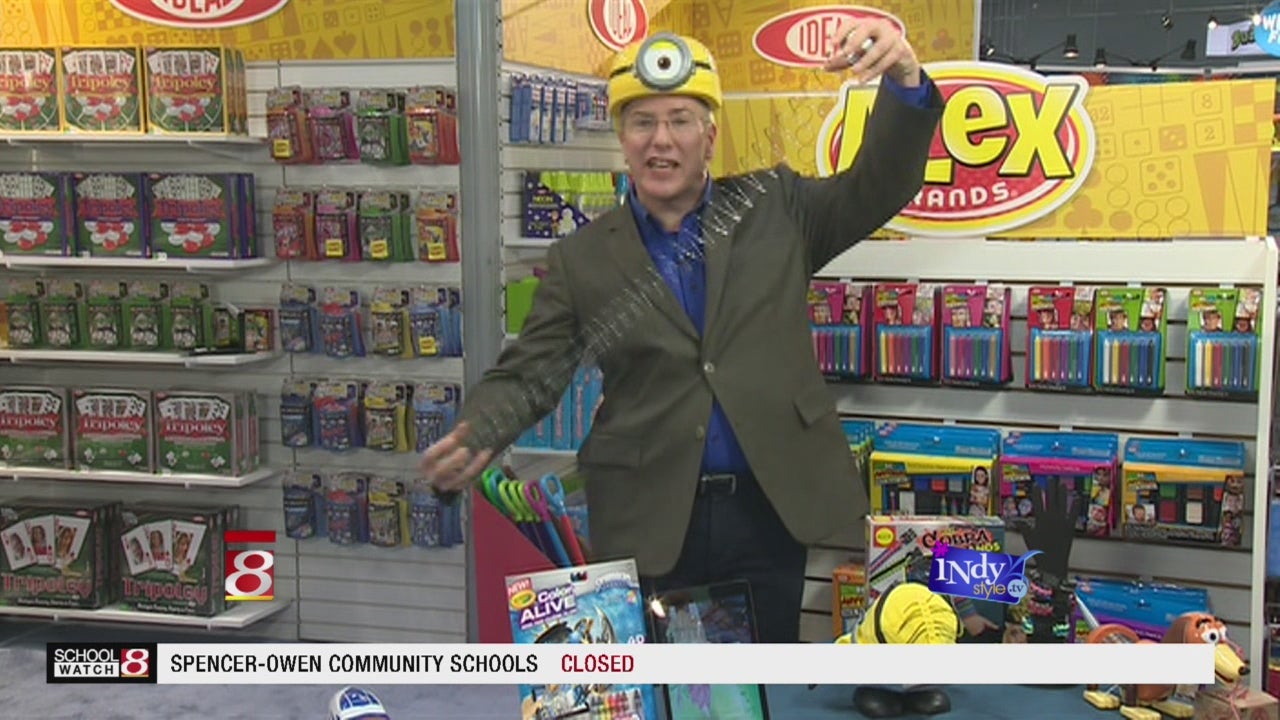 Chris Byrne, The “Toy Guy” and content director for TTPM.com (Time to Play Mag) provides insight into this highly competitive, high-stakes industry. He will address a variety of topics, from business outlook in the current economy, to consumer product and retailing trends-and of course some of the hottest new toys for 2015 that are being officially launched to the trade in the U.S. at this show, though some are already finding their way to store shelves as manufacturers try to get an early jump on the year.

It is the 70th anniversary of the Slinky and the Toy Industry celebrate by launching some hot new toys. Some of the one Chris likes include:

He falls forward, he falls back he is just really completely silly.”

Color Alive – lets your child interact with their own colorings

You draw the picture, you scan it with your smart devise.”

There is an amazing line of toys…of course!”

just being unveiled…been top secret. They have a new look but smarter than ever.”

You make collectables and transport them into the game.

It wouldn’t be toy fair without a really cool Nerf Blaster.”

Make Your Own Case

Actually allows you to make your own cellphone cover

As director of content and one of the spokespeople for TTPM (TTPM.com) and a partner in its parent company TTPM, Inc., Chris brings more than 30 years of industry experience in the toy industry to his role. At TTPM, Chris oversees the toy review process and the editorial team, bringing his knowledge of toys, education and child development to his role. Chris is widely published on the topic of toys and family life and in addition to his work with TTPM is editor-at-large for the trade publications Toys & Family Entertainment and Royalties. His most recent book, Toy Time was published in 2013. Chris is extensively quoted in the media and appears regularly on local and national television commenting on toys and demonstrating new products. His media appearances reached more than 150 million consumers in Q4 2013. He regularly appears on “Live! With Kelly and Michael,” and has appeared on “Marie” with Marie Osmond and “Home and Family” on the Hallmark Channel, “Oprah, “Soap Talk,” “The Today Show,” “Good Morning America,” “The CBS Evening News,” “ABC Nightly News,” “Fox & Friends,” “CBS This Morning,” “Good Day New York,” CNBC, CNNfn, MSNBC, ABC, “The Motley Fool,” National Public Radio, Bloomberg Television and Radio, and on countless other national and local market business and consumer programs around the country and internationally.