Dora the Explorer “swipes” her way into the Indy Style Studios before her appearance with Nick Jr. Live! 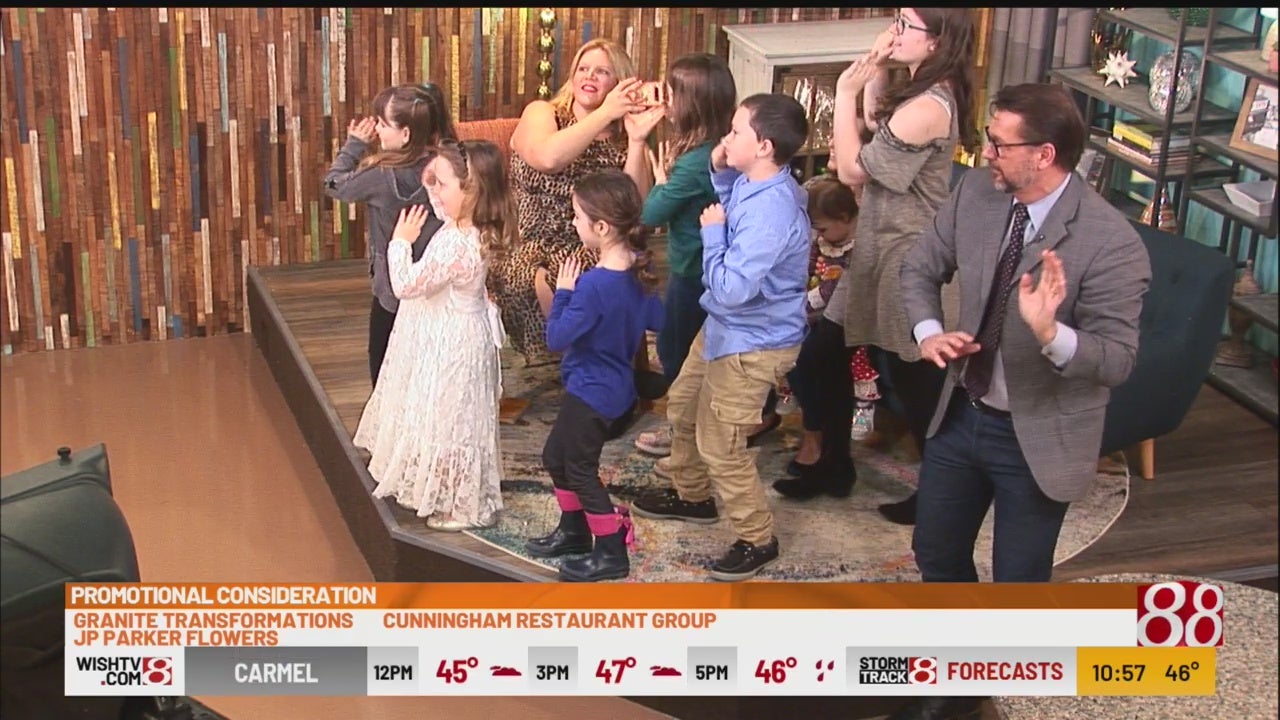 Get the party started… with Nick Jr. Live! “Move to the Music!”

Sing, clap and dance with all your favorite Nick Jr. Friends… including DORA THE EXPLORER, in this all-new, one-of-a-kind adventure.

On today’s Indy Style, Kaitlyn Sage, Nick Jr. LIVE!, joins us to tell us about this upcoming production and how you can get tickets. Also here to celebrate? DORA, herself!!

Join the Nick Jr. Squad when they hit the stage at the Murat Theatre at Old National Centre January 4-5, 2020

For the first time on stage together, this musical spectacular features characters from multiple Nick Jr. hit animated series, including Bubble Guppies, PAW Patrol (produced by Spin Master Entertainment) , Dora The Explorer, Shimmer and Shine, Blue’s Clues and You, Blaze and the Monster Machines and Top Wing. Families will have the opportunity to make lifelong memories together at any of the four Murat Theatre at Old National Centre performances taking place Saturday January 4 at 10 a.m. and 2 p.m., and Sunday January 5 at 10 a.m. and 2 p.m.

Tickets start at $19 and are available at the Old National Centre Box Office or online at www.ticketmaster.com. Prices are subject to change. Additional fees and special offers may apply. A limited number of Nick Jr. Live! V.I.P. Experiences are available, starting at $119. The experience features premium show seating, a souvenir item, after-show Meet & Greet with Dora the Explorer and Rubble from PAW Patrol, exclusive Blaze and the Monster Machines photo opportunity, and more!

Nick Jr. Live! “Move to the Music” follows Dora and her PAW co-hosts, Marshall and Rubble, as they invite their Nick Jr. friends to come together for a music-filled production. Bubble Guppies’ Molly and Gil, Rod and Penny from Top Wing, Shimmer and Shine, and even Blue from the new Blue’s Clues &You! are throwing a Nick Jr. celebration. Audiences will be transported to familiar Nick Jr. locations, including Bubbletucky and Zahramay Falls. The unforgettable celebration will feature live appearances, special on-screen guests and audience participation to engage the whole family.

With innovative costuming and a Broadway style set, Nick Jr. Live! is a perfect way to introduce theater to young children. The show is split into two acts with an intermission and will include original music as well as familiar tunes from Nick Jr. shows. A limited number of V.I.P. packages are available for each performance and feature premium show seating, VIP merchandise item, an exclusive photo opportunity with Blaze from Blaze and the Monster Machines, as well as a post-show Meet & Greet party with Dora the Explorer and Rubble from PAW Patrol.

About Nickelodeon
Now in its 39th year, Nickelodeon is the number-one entertainment brand for kids. It has built a diverse, global business by putting kids first in everything it does. The company includes television programming and production in the United States and around the world, plus consumer products, digital, recreation, books and feature films. Nickelodeon’s U.S. television network is seen in more than 90 million households and has been the number-one-rated kids’ basic cable network for 22 consecutive years. For more information or artwork, visit http://www.nickpress.com. Nickelodeon and all related titles, characters and logos are trademarks of Viacom Inc. (NASDAQ: VIA, VIAB).