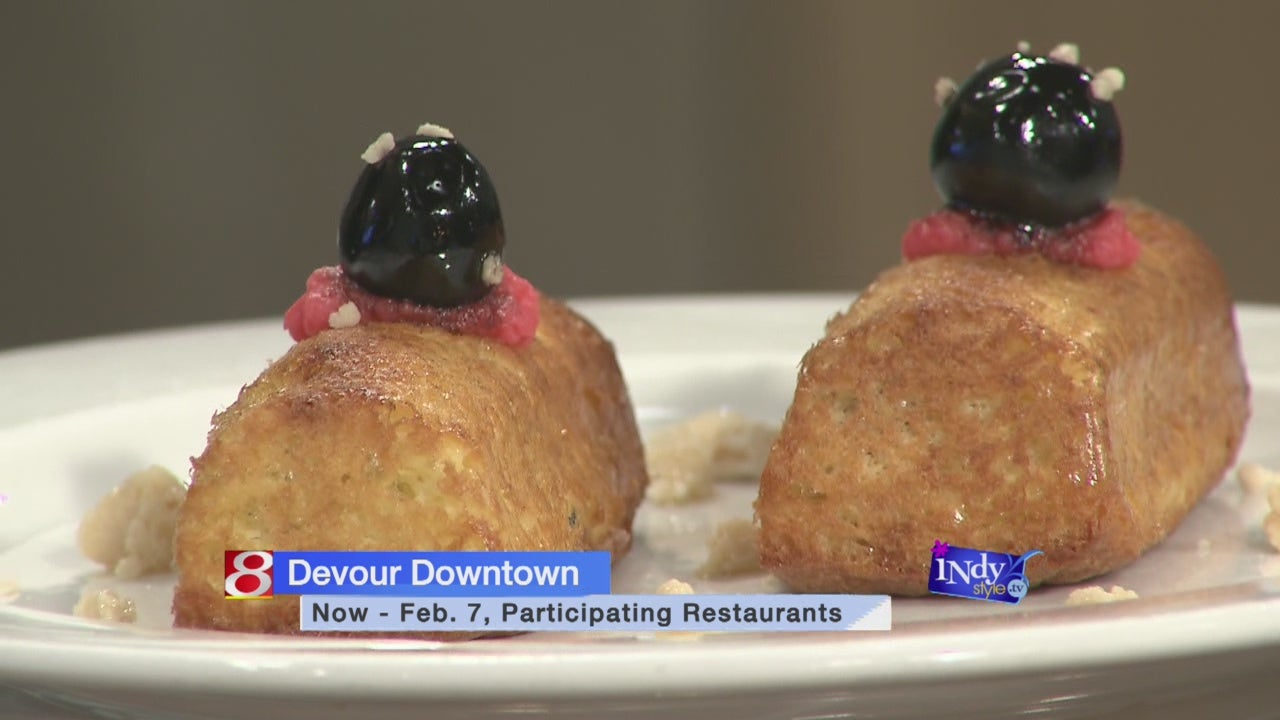 It’s time to DEVOUR all of the wonderful food in Downtown Indy! The big event returns today for a two-week run ending on Sunday, Feb. 7. A record 91 restaurants will be participating in the culinary event, celebrating the event’s 11 anniversary! You can expect three-course, value-priced menus at eateries serving a variety of fare including vegetarian, vegan and gluten-free options.

Diners can also make an evening out by taking advantage of Devour Downtown partner offers provided by Conrad Indianapolis, Eiteljorg Museum of American Indians and Western Art, Indiana Repertory Theatre, Indianapolis Symphony Orchestra, NCAA Hall of Champions and Rhythm Discovery Center. Devour diners who share their dining experiences on Facebook, Twitter and Instagram using #DevourIndy have the opportunity to be randomly selected as the “Diner of the Day” and to receive a $30 gift card to a participating restaurant.

In its 11th year, Devour Downtown has grown from approximately 25 restaurants to more than 80 establishments offering dinner options in addition to some breakfast and lunch menus. The complete list of menus and special offers can be found online at www.DevourDowntown.org, on the Devour Downtown Facebook page and Twitter via @DevourDowntown. Make sure to use #DevourIndy when posting to social media!