Drivers Shawn Langdon and J.R. Todd discuss preparing for the NHRA US Nationals 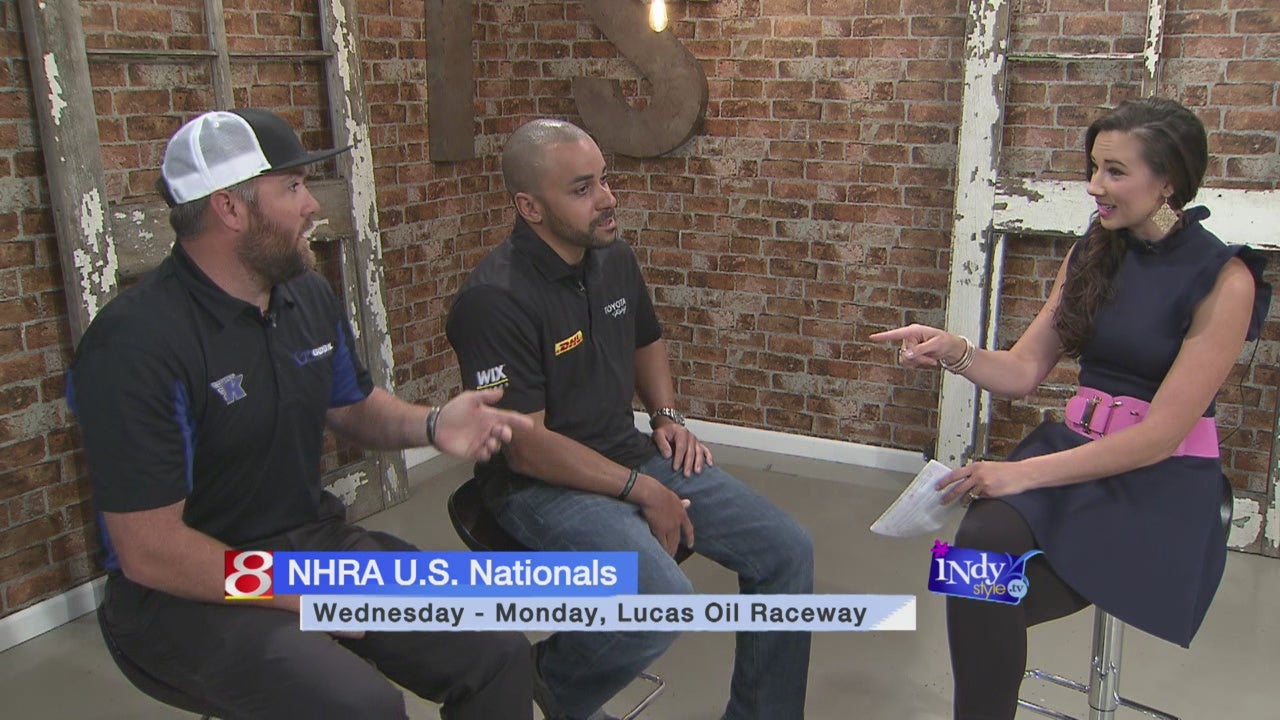 It’s NHRA’s biggest drag race of the year and you can bet it’s going to be LOUD!! Today on Indy Style, meet two of this year’s drivers, Shawn Langdon and J.R. Todd.

Shawn is a former NHRA champion who is competing to try to get inside the top ten of the standings after missing the first four races of the season due to sponsorship woes. He is a former U.S. Nationals champion.

J.R. Todd is competing in his first Funny Car season, after nearly a decade in the Top Fuel class. He just score his first Funny Car win, making him one of just 16 drivers to win in both of NHRA’s top two classes. He has nearly clinched his top ten standing position, and due to his win will also compete in an all-star type race called the Traxxas Shootout that is $100,000 to win.