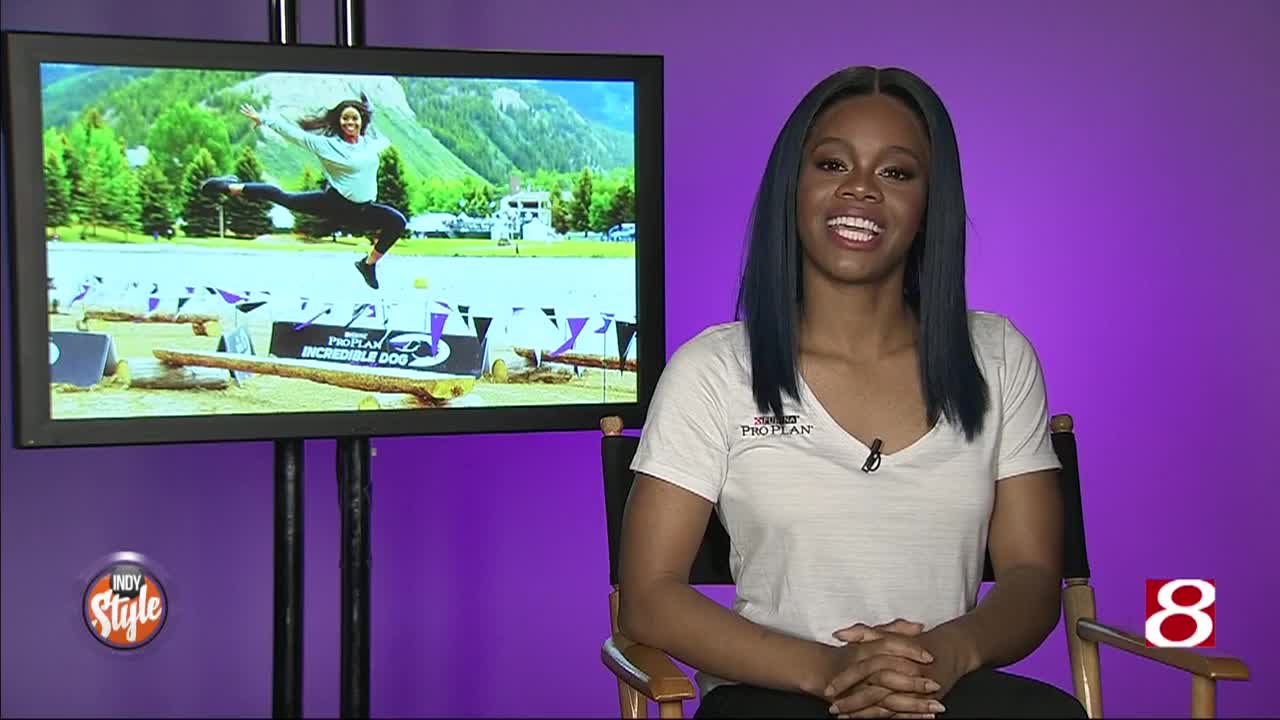 It takes a champion to recognize a champion – which is why our next guest is perfect to share information about a competition involving some amazing furry athletes.

Joining us today is Gabby Douglas, Olympic Gold Medal-Winning Gymnast, who in 2012 became the first African-American gymnast in Olympic history to become the individual all-around champion.

Gabby is also a pet-love who is teaming up for coverage of the 22nd Annual Purina Pro Plan Incredible Dog Challenge.

About Gabrielle Douglas:
Gabrielle Douglas is a US Women’s Artistic gymnast. At the 2012 London Summer Olympics, she won gold medals in both the team and individual all-around competitions. Gabrielle is the first woman of color of any nationality and the first African-American gymnast in Olympic history to become the Individual All-Around Champion. She is also the first American gymnast to win gold in both the gymnastic individual all-around and team competitions at the same Olympic games.

Gabrielle was introduced to gymnastics by way of a cartwheel. Her older sister, Arielle – a former gymnast and competitive cheerleader, was determined to teach the toddler the sport she loved. Gabrielle immediately picked up her older sister’s love of the sport and soon taught herself how to do a one armed cartwheel.

Although a four year old Gabrielle vividly remembers flipping around the house and off the furniture, there was a bit of a delay in beginning her formal training. After four years of poking and prodding, Arielle convinced their mother, Natalie Hawkins, to allow Gabrielle to train at a local gym. Once formal training began, another two years was all it took for Virginia to crown Gabrielle as the new 2004 Gymnastics State Champion.

Gabrielle soon reached her peak at her local gym, quickly accumulating numerous victories and top finishes over the next few years. The task became clear; Gabrielle had to convince her mother to allow her, the youngest, to move across the country in pursuit of her Olympic dream. This would allow her an opportunity to train under elite coach Liang Chow in West Des Moines, IA. At age 14, having overcome a number of obstacles placed before her, Gabrielle left Virginia Beach and her family in order to relocate to Iowa. In 2014, Gabrielle moved to Westerville, OH where she currently trains with coaches, Christian Gallardo and Kittia Carpenter.

For more than 20 years, Purina® Pro Plan® has given incredible canine athletes the platform to showcase their amazing abilities in exciting events like dock diving, flying disc, agility and more!

The Purina® Pro Plan® Incredible Dog Challenge® gives amazing canine athletes the stage to show what makes them so incredible. One of many dog competitions, events include Freestyle Flying Disc, Surf Dog, Fetch It, Jack Russell Hurdle Racing, Agility, 30 Weave Up and Back and Diving Dog.

• DOCK DIVING EVENT – Dogs sprint down a 40-foot stage before launching into a pool, aiming for recording breaking length as they hit the water.

• 30 WEAVE UP AND BACK – This head-to-head race sends two dogs weaving through a 30-weave pole up-and-back course as fast as they can without missing a pole.

• DOG AGILITY COURSE – Dog/owner teams make run through a challenge course that’s made up of a variety of jumps, A-frames, tunnels and other obstacles. Fastest time wins!

• FETCH-IT EVENT – Dogs run off a 40-foot stage and try to catch or knock down a bumper which hangs 4 feet above the water.

• SURF DOG COMPETITION – Life jacket-wearing dogs try to catch and ride a wave on their foam boards with the help of their handler.

SEGMENT IS SPONSORED BY PURINA