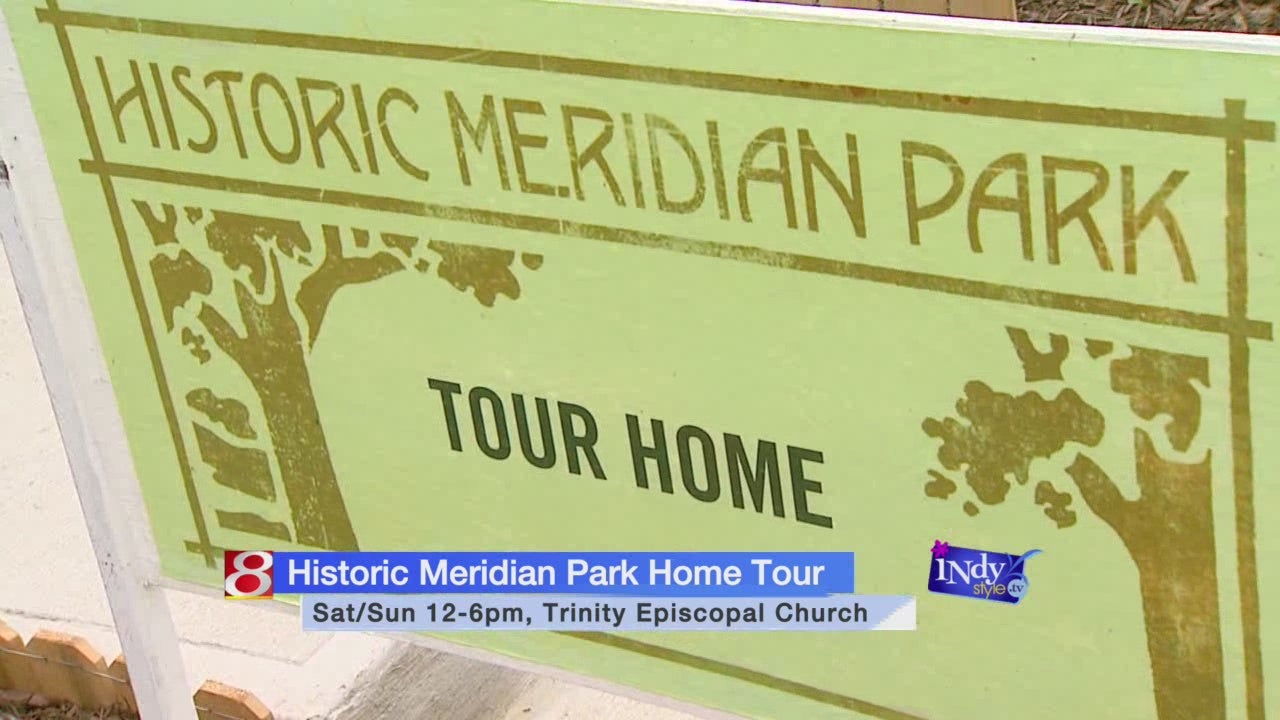 Historic Meridian Park, one of Indianapolis’ first suburban neighborhoods and listed on the National Register of Historic Places, will offer a rare glimpse inside seven homes and two gardens during the 2015 Tour of Homes on Saturday, May 30 and Sunday, May 31, Noon-6pm.

Located within the Mapleton-Fall Creek neighborhood, Historic Meridian Park is bounded by Pennsylvania Street and Washington Boulevard from 30th to 34th Streets. The neighborhood is best known for its Arts & Crafts architecture, but also features examples of Tudor and Colonial Revival, American Four-Square, French Eclectic, and American Farm House styles.

The Tour of Homes, which is the first since 2010, focuses on “Historic is the New Green: Restoring the Urban Community.” It features how homeowners utilize green building practices, such as creative reuse, landfill diversion, energy efficiency, and pesticide-free gardening in their more than century-old homes.

The tour starts at the Trinity Episcopal Church, 3243 N. Meridian St. Tickets are available at eventbrite.com and select Marsh Supermarkets

The homes and gardens on the 2015 Tour of Homes are:

• 3363 N. Washington Boulevard. Jess LaNore is the fifth owner of the home, which is under renovation. LaNore is paying close attention to historical accuracy while using the latest in energy efficiency practices. The home’s architect also designed the Columbia Club, Indiana Theater and the Circle Tower.

• 3302 N. Washington Boulevard. Fondly referred to as “Chateau BK” by its owners, Mark and Bryan Bigelow-King, this classic American Arts & Crafts structure was once converted into a nursing home. Currently a single-family residence, the home has undergone extensive renovations.

• 215 Washington Court. Owner David Bartley has cultivated a garden oasis on unique Washington Court. His garden has been chemical free for more than five years. The backyard, which features a pond that feeds a miniature ecosystem year-round, is a Certified Wildlife Habitat by the National Wildlife Federation.

• 215 32nd Street. Ryan and Sarah Noel are the current owners of the home, which needed repairs after having more than 100 tenants during the last 15 years. The Noels have extensively renovated the home, and have repurposed existing materials such as wood from a dying ash tree in the yard. The address was the long-time home to legendary architect and Vonnegut partner, Arthur Bohn, who designed the Athenaeum, Herron Art Institute and the L.S. Ayres & Co. building.

• 3024 N. Pennsylvania Street. The consummate DIY-er, owner Josh Reeves is doing all of the renovations to the former Shawnee Apartments, which had fallen into disrepair in recent years. He and his wife, Allie, have maintained many of the original features while ensuring this 1912 structure has a modern and environmentally friendly infrastructure.

• 3148 N. Pennsylvania Street. Owned by David and Angela Colby, the Historic Huesmann Estate’s garden boasts a large number of planting arrangements for both sun and shade. It was built by renowned architect Howard van Doren Shaw for Louis Huesmann, co-founder of Riley’s Children’s Hospital and an early Indianapolis business magnate.

Proceeds from the tour, which is sponsored by the Historic Meridian Park Neighborhood Association Board of Directors, will benefit a neighborhood pocket park and neighborhood beautification.