How to make your kid a money genius 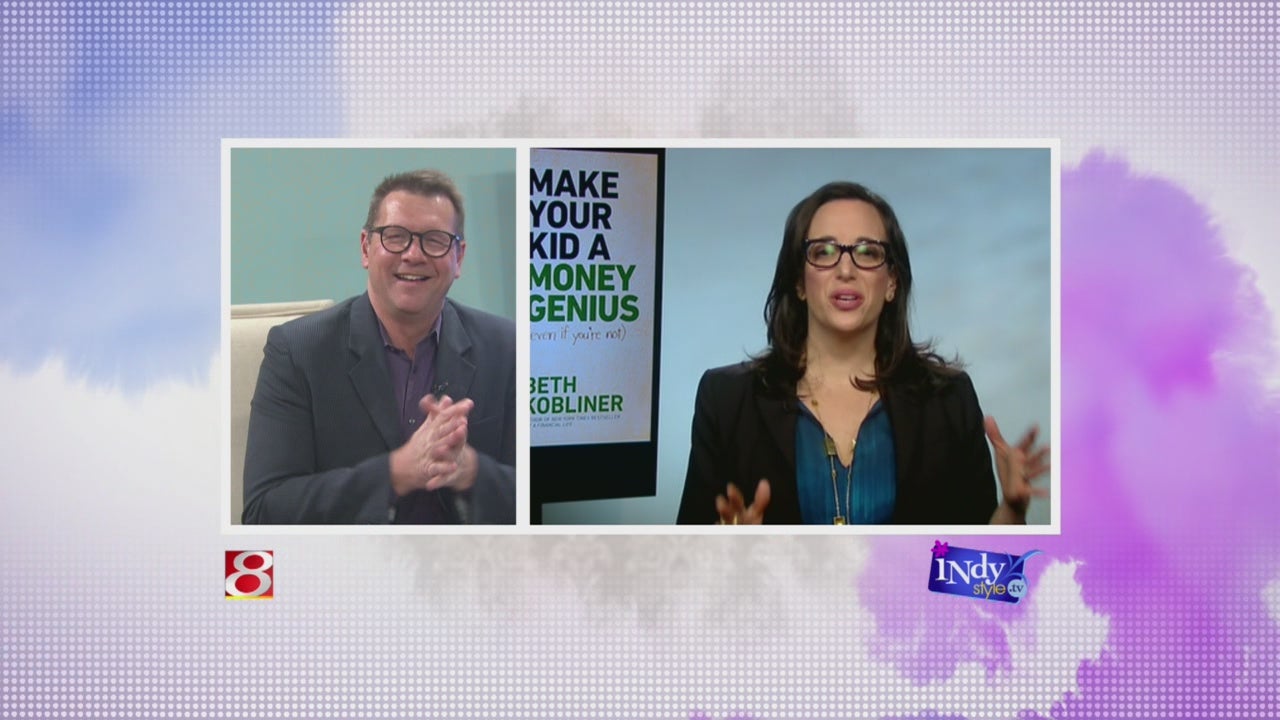 These days, parents are happy to talk to their kids about a range of tough subjects- everything that is, except money. Joining us today is Beth Kobliner, author of the best-seller ‘Get a Financial Life: Personal Finance in your Twenties and Thirties.’ Now, Beth has written a new book: “Make your Kid a Money Genius (even if you’re not): A Parents’ Guide for Kids 3 to 23.”

BETH KOBLINER is a personal finance commentator and journalist, and author of the New York Times bestseller Get a Financial Life®: Personal Finance in Your Twenties and Thirties. She’s currently writing a new book for parents, Make Your Kid a Money Genius (Even If You’re Not), to be published by Simon & Schuster.

With a focus on instilling financial literacy in young people of all backgrounds and incomes, Beth was selected by President Obama as a member of the President’s Advisory Council on Financial Capability for Young Americans, a bipartisan committee dedicated to increasing the financial know-how of kids of all ages.

As a member of the President’s Advisory Council on Financial Capability from 2010 to 2013, and chair of the Council’s Money as You Grow working group, Beth spearheaded the creation of the national initiative Money as You Grow, which offers families an online, interactive tool to teach kids 20 essential, age-appropriate lessons about money. More than one million people have visited the site since its White House launch.

Beth has contributed to The New York Times, The Wall Street Journal, O: The Oprah Magazine, Parade, and Reader’s Digest; has been a columnist at Money, Glamour, and Redbook magazines; and has regular columns on The Huffington Post (40 million visitors per month) and Mint.com (16 million subscribers).

As a content advisor for Sesame Workshop’s first-ever financial education initiative For Me, For You, For Later, Beth was delighted to offer on-air money advice to Elmo in a program viewed by more than one million families. Last year, at the White House Call to Action on College Opportunity led by the President and First Lady, Khan Academy was asked to address the complex college admissions process, and Beth was invited to create and star in videos to help families of all income levels navigate the issue of college affordability.

Beth has been a commentator on CNN, MSNBC, NBC’s Today show, ABC’s Good Morning America, and CBS’s Early Show, and has been a regular contributor to the national public radio programs The Takeaway and Marketplace, on which she discussed teens and money with her daughter in the “Beth and Becca” segment, as well as parents and money with her father. Beth appeared several times on Oprah, and was the featured financial correspondent on the PBS program Your Life, Your Money, for which she was also script consultant.

Beth has worked extensively with the Federal Trade Commission’s “Project Credit Smarts” campus outreach campaign and other organizations to promote credit card awareness. She was a member of the Center for Strategic and International Studies’ National Commission on Retirement Policy, and has testified before a U.S. Senate policy committee on young people’s attitudes toward Social Security. She is a member of the National Academy of Social Insurance, the New York Financial Writers’ Association, the Society of Professional Journalists, and the Society of Children’s Book Writers and Illustrators. Beth is a graduate of Brown University.

SEGMENT IS SPONSORED BY SIMON & SCHUSTER