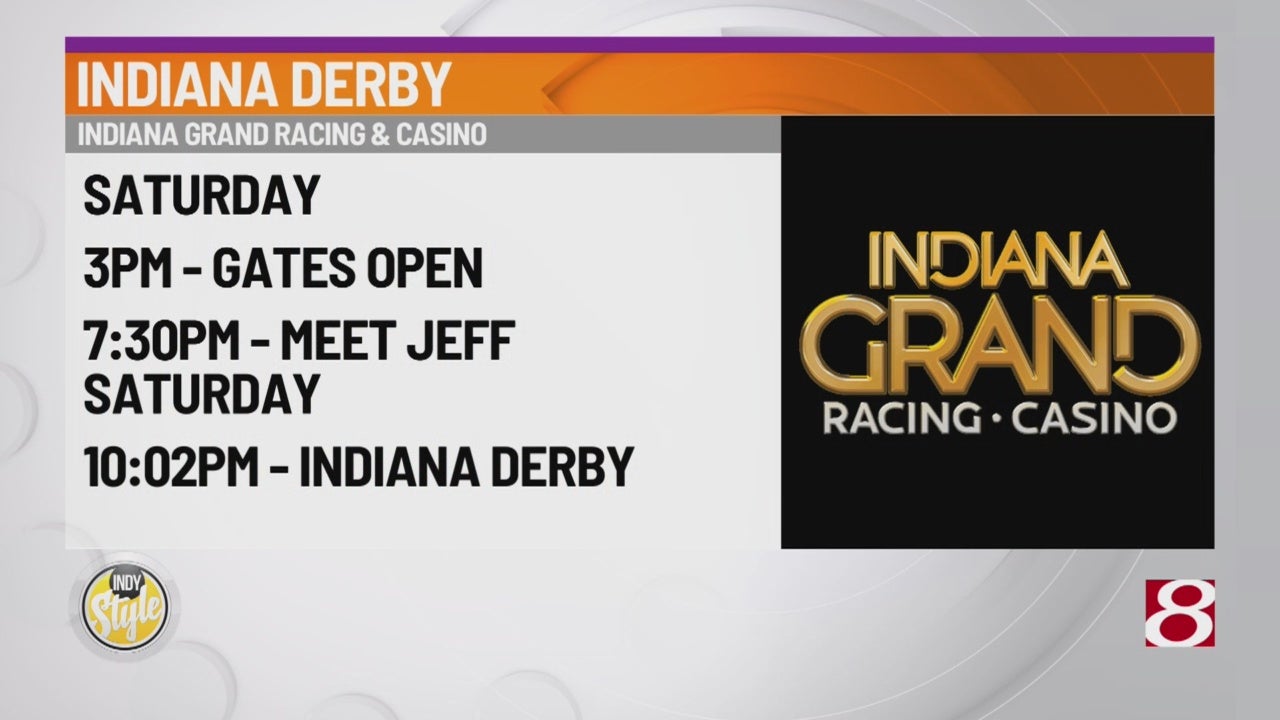 Racing Analyst Rachel McLaughlin shares this year’s details, along with a bit of Derby history.

• Gates open at 3PM; the first 2,500 will receive a commemorative 25th anniversary t-shirt while supplies last (begins at 3PM)

• A special 25-year time capsule will be presented after Race 3 with the City of Shelbyville, the Visitor’s Bureau, the Chamber of Commerce and City Planning and Development – the capsule will include items from the 2019 IN Derby to be buried and uncovered in 2045 for the 50th running of the IN Derby

• Six stakes races on the card with purses in excess of $1.1 million

• The official Derby drink is the Silver Jubilee, presented by Titos and will sell throughout the property for $7.

• Jeff Saturday will provide a meet and greet with the public from 7:30 until 8:30 p.m. outside the winner’s circle – Saturday will also present the trophy to the winner of the 2019 Indiana Derby

• Peter Lurie, nationally known racing analyst and on-air talent based out of Los Angeles, will be trackside to assist with television commentary for Indiana Derby.

• Celebrating the 25th running of the Indiana Derby at Indiana Grand this season; the race began at Harrah’s Hoosier Park in 1995 and was transferred to Indiana Grand beginning in 2013 when each Indiana racetrack went to one breed at one track

• The race attracts some of the top 3 year olds annually and many have competed in Triple Crown races prior to their start in the Indiana Derby, equally solidifying the quality of horses in the race

• Some of the greatest names in horse racing have competed in the Indiana Derby, including Hall of Fame Trainer D. Wayne Lukas and Two-Time Triple Crown Winning Trainer Bob Baffert – Baffert has won the Indiana Derby 4 times (last time with Cupid in 2016 – the first and only grey horse to win the IN Derby)

• Last year’s winner, Axelrod, went on to compete in the 2018 Breeders Cup Classic; earlier this year, he flew to Dubai and ran in the $12 Million Dubai World Cup at Meydan Racecourse,

SEGMENT IS SPONSORED BY CAESAR’S ENTERTAINMENT