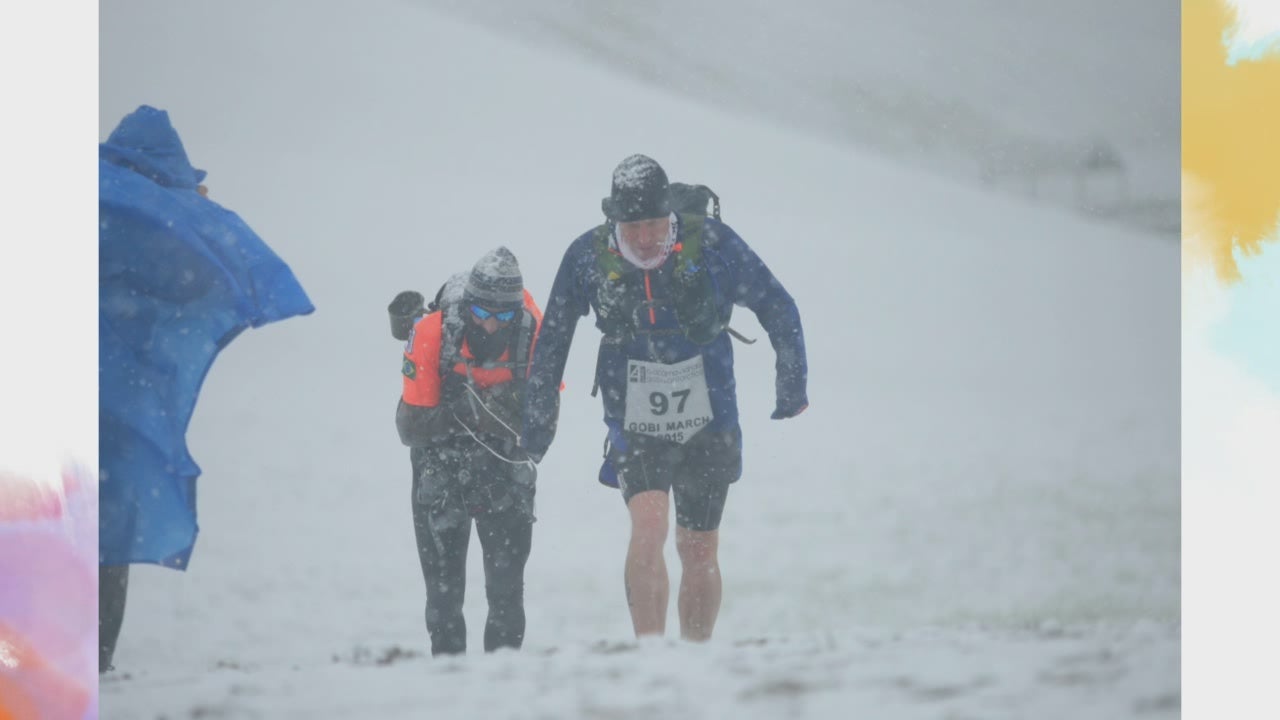 Some may call him an overachiever, others might say he’s “crazy!” That’s because in June, David McAvoy completed a 155-mile race over seven days in the Gobi desert, called the Gobi March! It was run in stages (22-29) miles a day, through a large desert region in Asia covering parts of China and Mongolia. David stopped by the Indy Style studios to chat with us about this incredible feat!

Here are a few facts about the journey!

• It was a self-supported race, meaning runners were required to carry all their own gear, survival equipment, food and water.

• Gobi is one of the windiest deserts – more winds and sand storms hit this desert than any other in the world. It also has the distinction of being the desert with the greatest span of daily temperature fluctuation (freezing temps to 115 degrees F).

• David trained with Bill Hartman of IFAST to prepare for the race.

• It’s one of the many adventure races he participates in.

Gobi is one of the windiest desserts. More winds and sand storms hit this desert than any other in the world. The Gobi also has the distinction of being the desert with the greatest span of daily temperature fluctuation, so the runners needed to carry gear able to withstand freezing temperatures to those that can hit 115 degrees F. The course started in the mountainous entrance to the Gobi desert and they ran uphill for the first day and a half before encountering an almost straight descent through the mountain range many thousands of feet to where the desert wastelands begin to open up. The race took the runners through highlands, grasslands, alpine mountains, valleys, herding fields, massive sand dunes, salt flats and rocky riverbeds. David says the race was a big test of endurance!

I was tested mentally thus emotionally. The scenery was epic in scale, and I have never seen such extremes of varied weather with so little protection as we tried to endure the constantly changing terrain. It was as if we were in constant triage playing two dimensions that were morphing at all times: weather and landscape. The race founder was in our camps and said that we endured the worst climate conditions of any of the last 19 Gobi races including the one where a runner died.”

The is one of many adventure races David has participated in, including a canyoneering run through the Grand Canyon, mountain climbing in Antarctica and Russia, the Huff Trail ultras, camping and moving every day through the Canadian and U.S. Boundary Waters, backpacking treks with the Scouts through untamed places for many miles.

Here’s the site to his blog from the race: www.4deserts.com/blogs/comptetior_blog_new.php?pid=MjU5MA==&blog=13