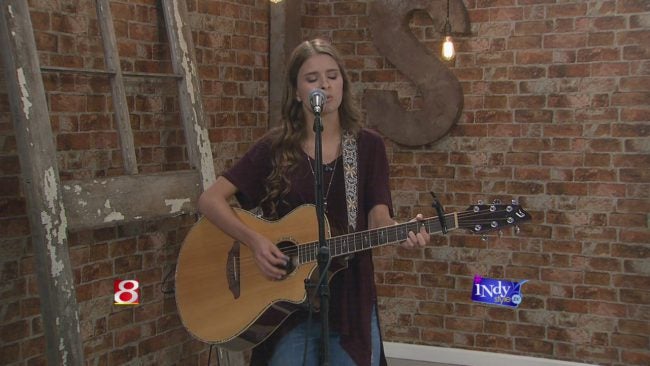 What were YOU doing at 15? If you’re Zionsville High School freshman Sophia Joelle, you’re beaming with pride after a song you wrote was chosen to be featured in the new “Mother’s Day” movie!

Here’s how her journey began:

Sophia is a singer/songwriter who released her debut EP, “Other Side Of My Soul”, this past October. Prior to that she released 3 singles. Her single, “Hurricane”, was named a finalist in the 2014 International Songwriting Competition. 3 songs off of her EP were named semi-finalists in the 2015 ISC – “Irresistible”, “Other Side Of My Soul”, and “Invisible Me”. “Invisible Me” has been named a finalist. Sophia was introduced to Garry Marshall a few years ago. She was contacted by someone who works with Garry, asking if Sophia had any songs about mothers or relationships that Garry could take a listen to for possible inclusion in his upcoming movie, “Mother’s Day”.

They sent a couple of hard copies of her EP to his office. They held no expectations. Sophia was thrilled when she got the call that Mr. Marshall liked her EP and found a scene in which to incorporate an excerpt of her song “Irresistible”. In Sophia’s words “‘Irresistible’ is about a boy that you know you should not have feelings for, but you do”.