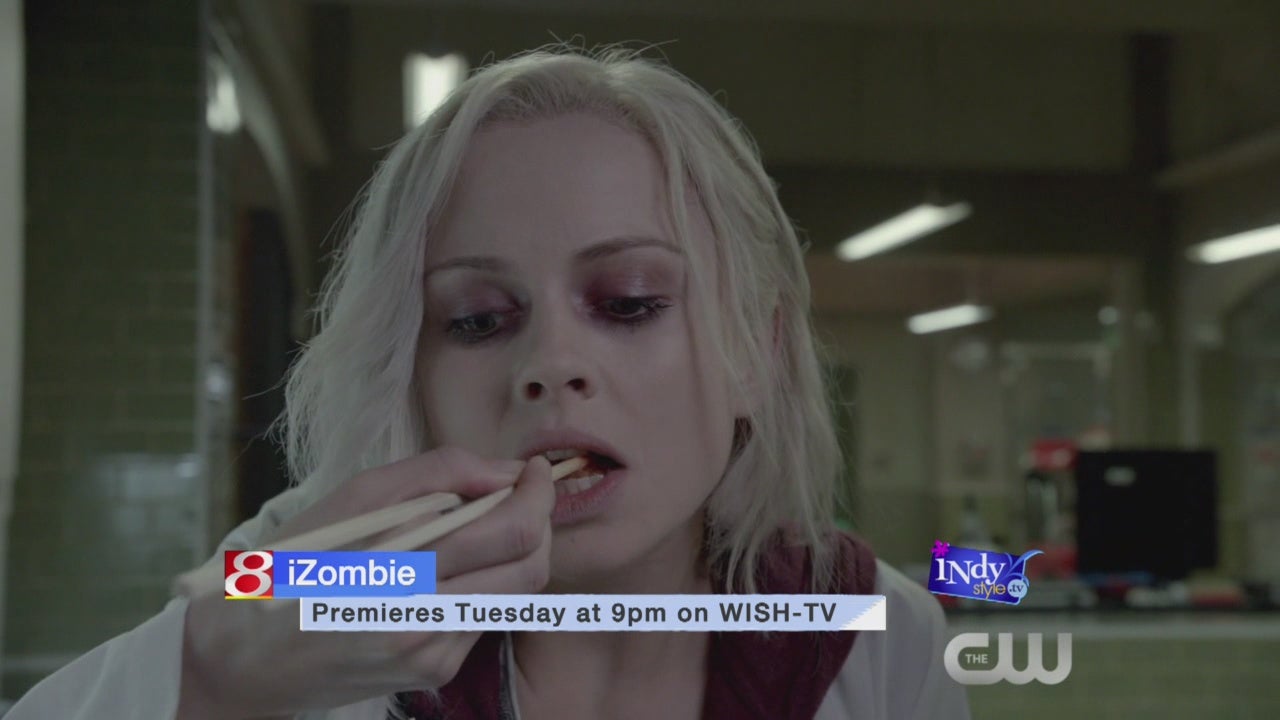 In The CW’s new drama series “iZombie,” Rose McIver stars as Olivia “Liv” Moore, a rosy-cheeked, disciplined, over-achieving medical resident who had her life path completely mapped out…until the night she attended a party that unexpectedly turned into a zombie feeding frenzy. Now as one of the newly undead, Liv is doing her best to blend in and look as human as possible. Her appearance passes for “Goth,” with shockingly pale skin and nearly white hair, and her demeanor has gone from exuberant to exhausted.

The head of development at Warner Brothers showed me the cover with this fantastic blonde zombie girl on the cover and said this is the new CW female lead the next Buffy, the next Veronica Mars write it for us now.” Rob Thomas

Liv has devised a clever way to resist her baser urges to devour fresh human brains – she’s taken a job in the Seattle coroner’s office. In this appropriately dead-end job, Liv can secretly snack on the brains of the many Jane and John Doe corpses that make a final stop in the morgue.

Each episode I take on a set of characteristics that come with the brian that I’ve eaten so each week it’s really stepping into a bit of a new character…which is exciting for an actress.”  Rose McIver

Liv remains resigned to an eternity as a zombie without hope or purpose – until she realizes that with every brain she consumes, she retains a portion of that person’s memories. Liv suddenly begins to experience disturbing and often violent visions from the point of view of the murder victims. Liv often has detailed knowledge of crime scenes and motives that she can’t easily explain. Posing as a psychic, she works to investigate these crimes and discover who is responsible. It’s not the same as being alive again, but at least she can find purpose in her undead existence by helping solve the murders of those who are indeed fully dead.

“iZOMBIE” airs Tuesdays at 9 p.m. on the new home of the CW