Say Aloha to Hawaiian cuisine for Film to Fork event 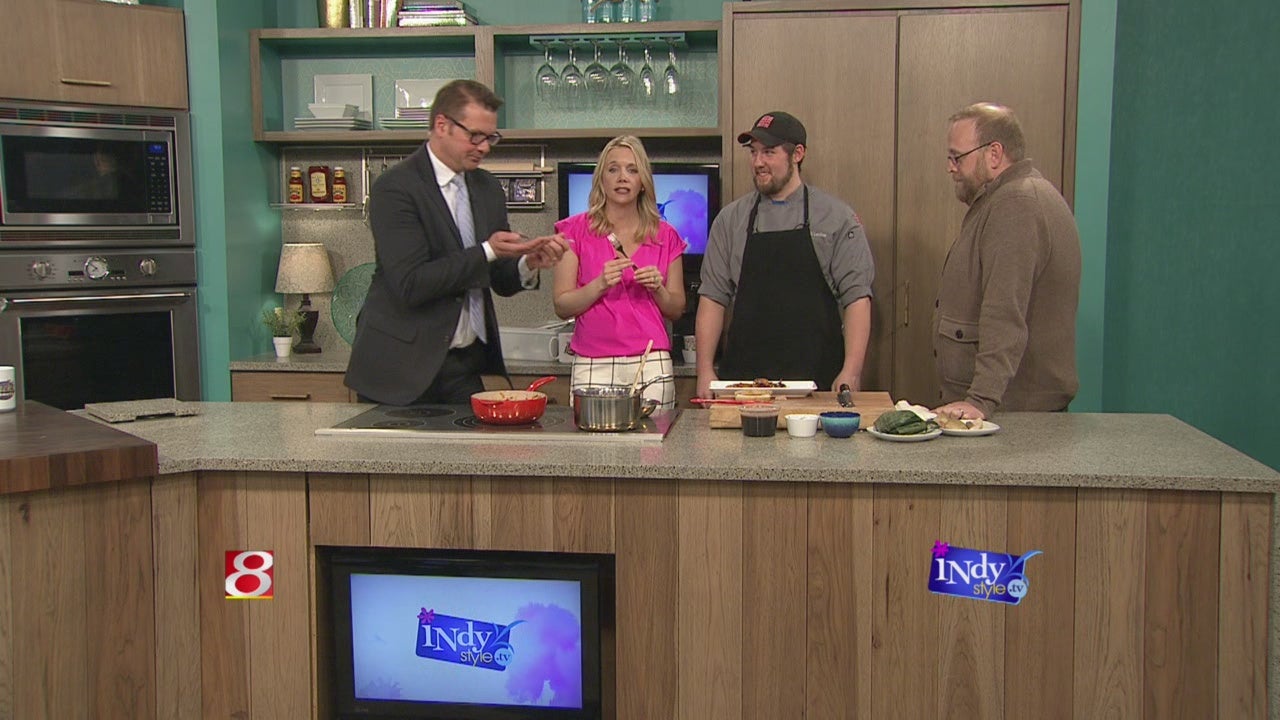 Indy Film Fest’s Film to Fork series-which pairs thought-provoking, food-driven films with corresponding, themed menus-is back for a third year, and they’ve upped the ante yet again. This year, guests will enjoy meals from the wildly talented and much celebrated chefs at The Alexander Hotel before viewing the evening’s film in the IMOCA Gallery next door.

The third film of the series, Supermensch: The Legend of Shep Gordon, is coming up on Thursday, April 9. Supermensch is the directorial debut of Mike Myers, which tells the story of Hollywood legend and music manager Shep Gordon. Gordon made his name managing rock stars, and is largely credited with turning chefs including Emeril Lagasse into rock stars of a different kind.

Jason Roemer, Indy Film Fest President, talks a little bit about the popular Film to Fork series and Supermensch, while Chef Eli Laidlaw from the Alexander Hotel, showcases a twist on traditional Hawaiian dishes in honor of Supermensch: The Legend of Shep Gordon.

Chef Eli Laidlaw’s menu will include:

Tickets are just $50, and include dinner, a glass of wine, and admission to the film, and must be purchased from www.indyfilmfest.org prior to March 26.

1 belly, trimmed to be square

Mix salt, sugar, coffee, cumin and curry powder together and rub on pork belly, let sit for 24 hours to marinate and cure the belly. Rinse cure from belly, wrap in banana leaf and smoke for 5 hours at 115 degrees. Once 5 hours is up, turn heat to 250 and roast for an additional hour to caramelize belly. When finished cool belly completely and cut 2 oz portions. To serve, put pan over medium high heat, put belly in dry skillet and lightly press with fingers. Meat will release a lot of its own fat so no oil is needed, shake pan lightly and flip belly when it is golden brown.

For the stir fry, get a large pan over medium heat, and add the cabbage through onion in dry skillet, moving and tossing so it does not stick. Once vegetables are wilted, add pineapple and sweet soy through sesame oil. Cook over low until everything is lightly cooked down and the sauce has thickened.

For the sweet potato poi, wash purple sweet potatoes and make 3 long slits on the side, cook in oven at 350 degrees until very soft. Remove meat from skin and put in sauce pot. Cover with coconut milk and simmer for 10 minutes stirring with wooden spoon or spatula. Puree in blender or food processor until smooth. Mix with a small amount of stir fry sauce.

For plating, put a spoonful of poi on plate and drag spoon across to create a “Smear” put some of the stir fry on top of that, stack two of the seared pieces of pork belly and garnish with toasted coconut and bulls blood micro greens or a small amount of peppery greens. Finish with leftover reduced stir fry sauce.

Chef Eli Laidlaw is the Sous Chef for The Alexander

• The Indy Film Fest is an annual celebration of films and the people who make them, and is entirely run by volunteers

• The Fest’s mission is to create a shared experience around film by championing movies that entertain, challenge and expand perspectives in Indianapolis and beyond.    For further information, visit www.indyfilmfest.org