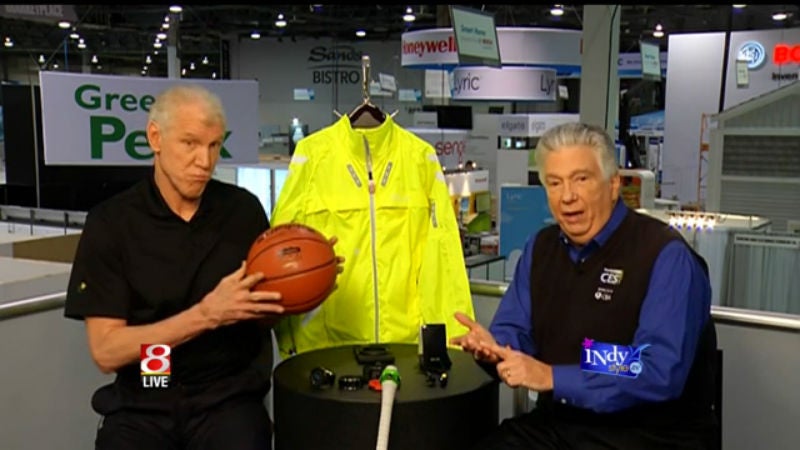 HALL OF FAMER TEAMS WITH CEA TO HIGHLIGHT THE LATEST

IN SPORTS AND FITNESS TECHNOLOGY

The International Consumer Electronics Show (CES) is the world’s gathering place for the business of consumer technology. Held in Las Vegas every year, it has served as the proving ground for innovators and breakthrough technologies for more than 40 years. This year you can offer your viewers a sneak peek of the show with basketball legend Bill Walton and the Consumer Electronics Association’s “Digital Answer Man” Jim Barry. On Monday, January 5th Walton and Barry will be available live via satellite from the 2015 CES. Together they will highlight the latest in sports and fitness technology being featured at this year’s show.

Innovation and technology has changed the way all of us live and all of us are able to move forward in life…I’m just getting started out here and my life has never been better.” — Bill Walton

Bill Walton is one of the greatest basketball players of all time. He gained superstardom playing for John Wooden’s powerhouse UCLA Bruins in the early 70’s winning three successive College Player of the Year Awards, while leading the Bruins to two national titles. He was selected as the number one overall pick in the 1974 NBA draft by the Portland Trailblazers, winning an NBA title with the team in 1977. He was the NBA’s Most Valuable Player in 1978 and in 1986 was a member of another championship team with the Boston Celtics. In 1993 he was elected to the Basketball Hall of Fame. He has gone on to a successful broadcasting career including an Emmy award. Walton is currently the Executive Chairman of Connect SD Sport Innovators (SDSI).

Jim Barry is the media spokesperson for CEA’s National Media Tour, the “Digital Answer Man Tour” visiting local TV, radio and newspaper outlets in over 55 media markets per year. He has appeared on countless radio and television programs as the “Digital Answer Man” educating people about the latest and greatest in consumer electronics technology, products and trends. He is the former editor of Video magazine and a 30-year veteran of consumer, trade and custom magazine publishing. During that time he has been an award-winning editor, writer and reporter, the president and CEO of a multi-million dollar corporate division, and the publisher of several consumer and business magazines.