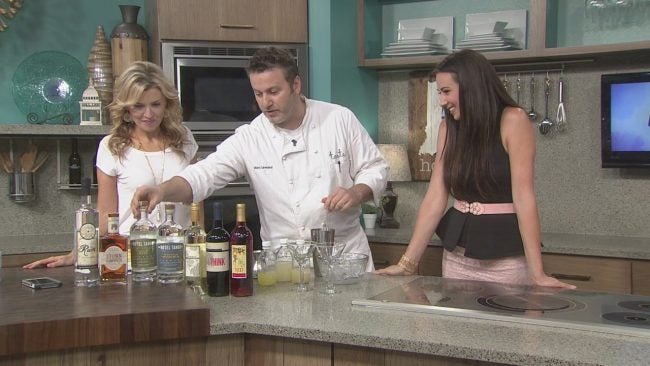 Let’s eat, drink and taste, shall we? Marc Urwand, co-owner of Eat + Drink and also Taste, shares what’s on the menu for this year’s Chow Down Midtown!ABOUT CHOW DOWN MIDTOWN DINING:

A live cocktail contest, featuring recipes created by employees from participating restaurants, will also be held on Thursday, July 14 featuring 12 drinks (three from each sponsor liquor brand – Starlight Distillery, St. George Spirits, Hotel Tango Artisan Distillery and Town Branch Bourbon). A panel of judges will sample the drinks and determine a winner per each cocktail brand category and an overall Best of Show.

For a second year, an online cocktail contest will also showcase the 12 creative concoctions, featured during the live competition, allowing the public to vote for the People’s Choice. The cocktail with the most Facebook likes will be deemed the winner.

The sixth annual Chow Down Midtown, created and executed by the Indiana Restaurant and Lodging Association in conjunction with Midtown Indy, includes eateries from 65th St. to the north, Fall Creek Parkway to the south, Illinois St. to the west and Keystone Ave. to the east.

“Presentation is more than just making food look pretty. It should evoke emotion and stimulate the senses throughout the entire meal. My passion is creating delectable food, which is beautifully presented because this is such an important part of the dining experience. When cuisine is artfully presented, you know the ingredients are fresh, the recipe was well-executed and the preparation was precise.”

Marc Urwand has worked his way up the ranks of some of the most innovative kitchens in the country. He has worked side-by-side with master chefs, who have taught him the nuances of creating award-winning restaurants. Taking a fresh approach to the way his food is prepared, Marc prides himself on creating inventive cuisine that is beautifully presented.

After working for eight years in New York City, Marc’s culinary journey took him to Los Angeles where he headed the kitchen of one of the most widely imitated, multi-million dollar hotel restaurants in the world: The Standard Hotel. This high-profile position gave Marc the opportunity to hone the culinary skills he would need to one day successfully run his own restaurant here in Indianapolis.

Serving Dinner during Chow Down

Serving Breakfast, Lunch and Dinner during Chow Down