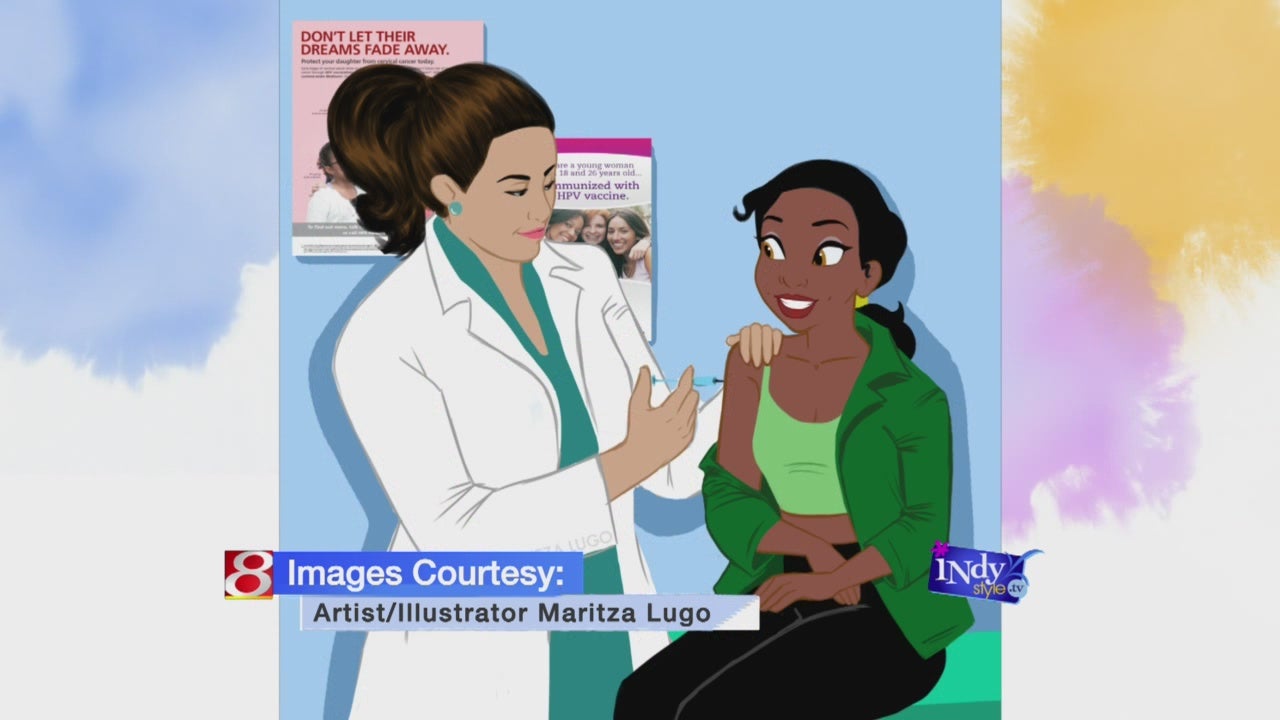 It’s a staggering statistic that cervical cancer advocates are hoping you’ll pay more attention to. An estimated 12,000 women in U.S. will be diagnosed with cervical cancer this year, even though there are screenings, tests and a vaccine make this cancer preventable. International advocacy organization and cervical cancer support network Cervivor found a creative way to get womens’ attention this month about the importance of preventative measures. They teamed up with an illustrator to feature popular Disney princesses on a visit to the gynecologist in order to raise awareness. Cervivor advocates Heather Banks and Melissa Beeson joined Amber this morning to explain.

Here is some further information about the campaign:

How the Disney princess cartoons came about:

Cervivor member Danielle Sepulveres sought a creative way to convey the importance of women taking care of their bodies and thought that reimagining Disney princesses visiting their gynecologists would be a great way to bring more attention to this issue. She teamed up with artist/illustrator Maritza Lugo to reimagine Disney princesses visiting their gynecologists. Since Disney princesses were constantly flooding her social media timeline due to their popularity, Danielle thought people would pay more attention to the cervical cancer issue if the princesses were involved in the message. She wants reduce the stigma associated with reproductive health and wants diagnosed women to know that even though they do not have a celebrity ambassador, they do not need to be embarrassed or ashamed.How the moms responded to the cartoons:

The Disney princess images have caused quite a stir. While some mothers find it fun and playful, others have mixed reactions to seeing their daughters’ beloved characters depicted in this light. Some think the images are inappropriate, as they bring reproductive health messages to a young audience that is not ready to make these types of decisions. Cervivor welcomes these divergent opinions as long as they are encouraging people to talk about this issue, which is too often overlooked.

Cervical Cancer Statistics – Why it is important to get women tested and have children vaccinated:

Up to 93% of cervical cancers are preventable; human papillomavirus (HPV) vaccination helps prevent infection with the HPV types that cause most cervical cancers. It is now recommended that women ages 30 and above receive both a Pap test and an HPV test in order to ensure maximum protection. Scientific studies have determined that the immune response is best when the HPV vaccination is administered at age 11 or 12, since the vaccine produces more antibodies to fight infection when given at this age.