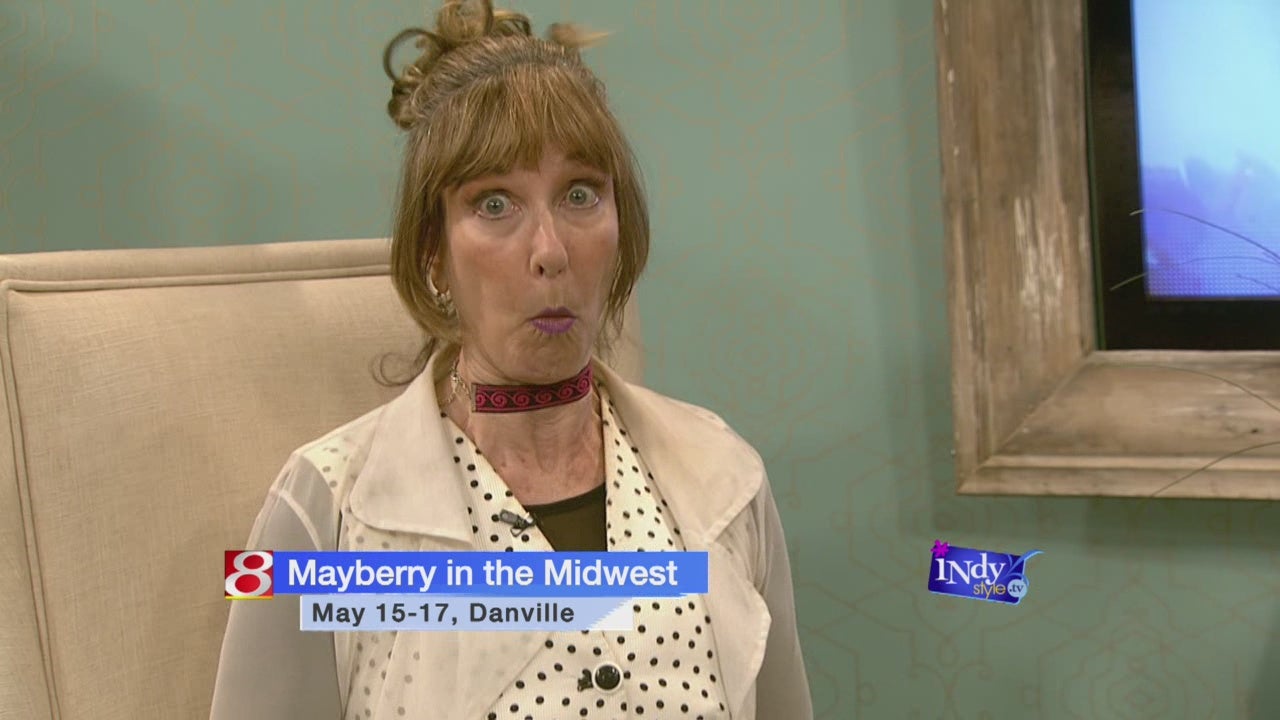 Karen Knotts, daughter of 5 time Emmy award-winning actor Don Knotts, travels to Indy to participate in Mayberry festival in Hendricks County.  She stops in to Indy Style to share thoughts on her famous dad and his continuing popularity.

He’s been gone since 2006 and people continue to love him and want to talk about him…they are fascinated.  He is an enigma.”

Welcoming and entertaining more than 4,000 visitors over two days last year, the first-ever Mayberry in the Midwest proved to be a rousing success. Expecting more visitors in its second year, organizers want to do even more as they have added another day, more ticketed events and additional free activities to the zany fun that made last year’s festival so popular.

The quiet Hendricks County seat of Danville will transform again into the iconic 1960s fictional community that was home to Andy, Opie, Aunt Bee and Barney for the Mayberry in the Midwest festival May 15-17. Former cast members, amazing tribute artists and even Don Knotts’ real-life daughter, Karen Knotts, will take visitors on a journey inside their televisions to experience life in Mayberry.

The three-day festival will surround the historic Hendricks County Courthouse Square with numerous themed activities including a Mayberry parade, Opie’s World, Tractor Town, Squad Car Nationals, reruns of the show on the big screen at the historic Royal Theater, food and vendor booths and much more. Two original Andy Griffith Show cast members, Maggie Peterson Mancuso, who portrayed Charlene Darling on the show, and Rodney Dillard, who played one of the Darling boys, also will return. Tribute artists reprising many of the show’s most popular characters including Barney, Goober, Gomer, Floyd the Barber, Ernest T. Bass and others will sign autographs, mingle with the crowd and perform on stage.

But organizers also wanted to infuse new activities into this year’s festival including:

• Karen Knotts – She will share hilarious stories from life with her legendary dad.

• Mayberry After Dark – This activity billed as part scavenger hunt, part pub crawl and part walking tour will include a one-of-a-kind keepsake and other surprises.

The festival and most of the activities are free. However, a few ticketed events will be held throughout the event.