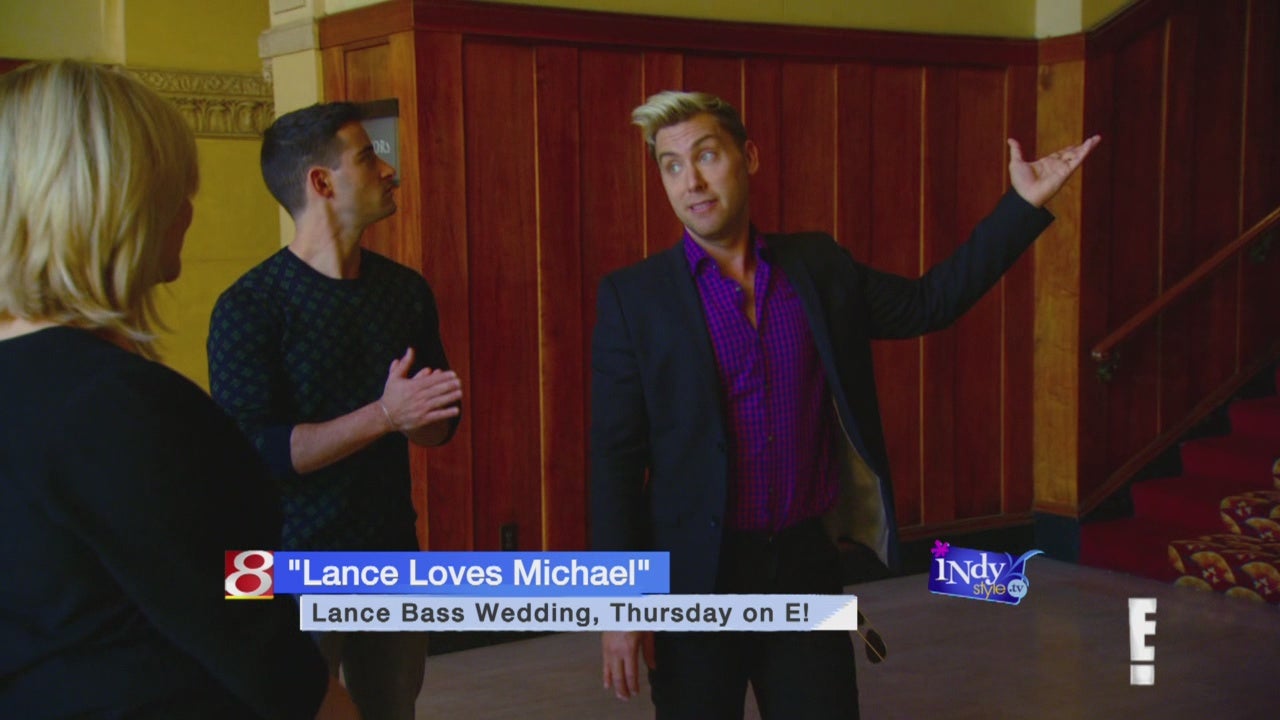 On Thursday, February 5, E! will become the first American television network to broadcast a celebrity wedding between two men, when Lance Bass (‘N Sync) and Michael Turchin exchange vows in front of their families and friends. With exclusive behind-the-scenes access to the couple’s very special and emotional road to the altar, the special will share the couple’s unique story with viewers the world over, beginning with the chance meeting that started it all.

We realized that this would be something very special…I grew up in Mississippi, I know what it’s like to be a little gay kid in town thinking you are the only gay kid and you need something like that to look at and be like wow I can relate to that…we’re hoping that this will help change a lot of people’s minds out there.” Lance Bass

The special will reveal, in their own words and those of close friends, how Lance and Michael met, fell in love, and found themselves in the midst of a not-so-perfect proposal. Cameras will be on hand throughout the planning stages of the wedding, capturing all of the drama, fun and excitement that go into building one couple’s perfect day… and one they have decided to share with a worldwide audience. When the big day finally arrives, cameras will be everywhere as both grooms prepare to exchange rings and vows. Family members and friends will be interviewed, footage of the actual ceremony will be featured, and the reception to end all receptions will carry on into the wee hours, no doubt.

People are going to see that we are exactly the same as any other couple. We just happen to be two guys.” Michael Turchin

LANCE BASS is the quintessential illustration of a highly successful and driven jack-of-all-trades: singer, host, actor, producer, writer, entrepreneur, philanthropist and cosmonaut. Beyond his fame as a member of the phenomenally successful group ‘N Sync, where the group sold an impressive 60 million plus records worldwide, Bass has made himself a household name throughout the globe. With countless career highlights in music spanning the past 20 years, including multiple Grammy® nominations, two diamond RIAA awards, MTV Video Music Awards®, American Music Awards® and People’s Choice Awards® to name a just a few, he has expanded his accomplishments into multiple entertainment mediums. Bass lit up Broadway starring as Corny Collins in the smash hit Hairspray, published his revealing memoir Out of Sync and danced his way to the finals on season seven of the hit competition show, Dancing With The Stars. In 2003, he was inducted into the Mississippi Musician’s Hall of Fame, making him the youngest person to ever receive this honor. In 2012, he joined SIRIUS XM and launched a pop culture daily radio show called Dirty Pop with Lance Bass and during the weekends hosts their Pop2k Countdown where he can still be heard today.

MICHAEL TURCHIN was born and raised in the cultural melting pot that is Miami Beach, Florida. From an early age he showed an immediate love and ability to create impressive works of art. He has already begun to make a name for himself in the Los Angeles art scene and has been commissioned by celebrities including Jamie Lynn Sigler, Sela Ward, Joanna Garcia-Swisher, AJ Mclean, and Lisa Vanderpump, among others.