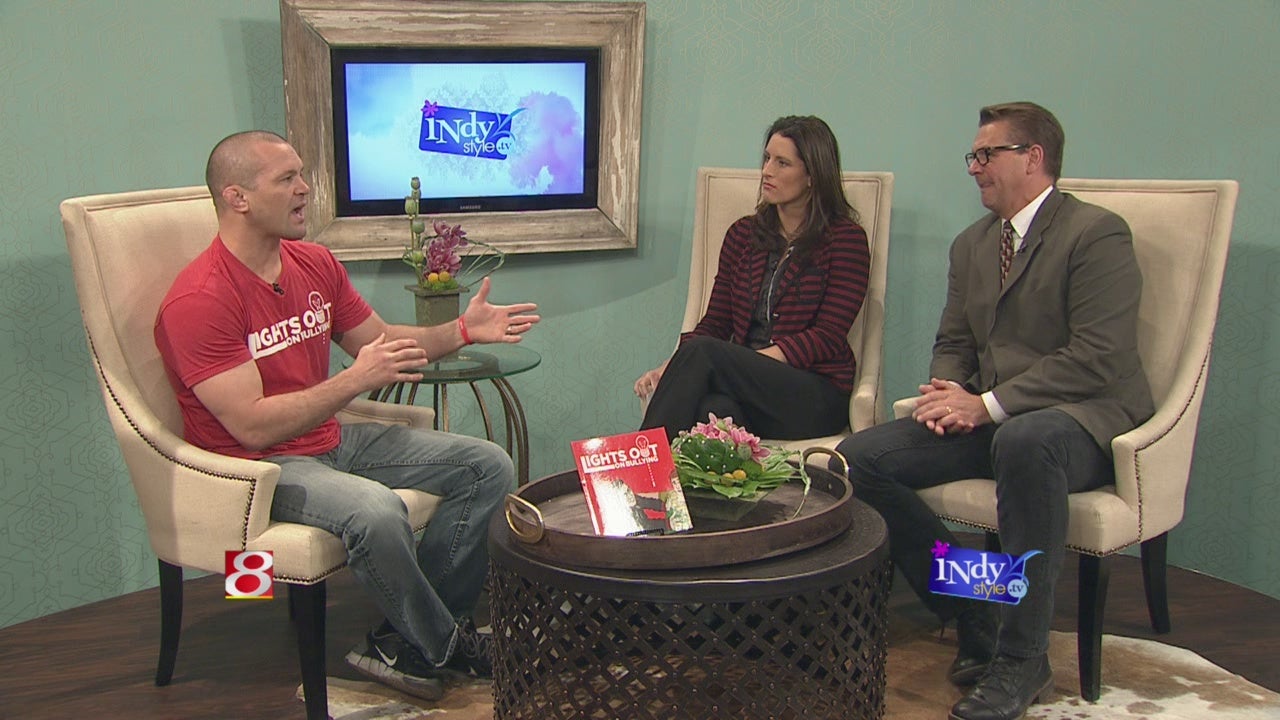 The Fever will welcome UFC Legend, Chris “Lights Out” Lytle, to speak at the Choices for Champions program educational program, with his own powerful message against bullying. A fourteen-year member of the Indianapolis Fire Department and a retired American Mixed Martial artist, boxer and UFC Champion, Lytle now battles another opponent – bullying. Lytle travels as a motivational speaker to schools, foundations and troops speaking on strength, discipline and resilience. Since becoming a father to a child with autism he has begun speaking to schools and workplaces about the importance of acceptance and compassion to combat bullying. He has released a book, “Lights Out on Bullying.”

You can talk to people all your want but what happen to me was I was surrounded by people who impacted my life. They led by example and they showed me what kind of person I wanted to be…and you have to be willing to do that for people and put yourself out there…to make a difference in somebody’s life.”

The Indiana Fever will host one preseason game prior to its 2015 regular season schedule, when it hosts the Washington Mystics on Friday, May 29, at 12:00 p.m., at Indiana Farmer’s Coliseum (at Indiana State Fairgrounds).

In an effort to take the team into the community, the Fever will host a pregame educational program that takes aim at one of the state’s most alarming school-aged trends. According to 2015 statistics from the Indiana Youth Institute, Indiana has the nation’s highest rate of students who have contemplated suicide (19 percent) and the country’s second-highest rate of high school students attempting suicide (11 percent).

To help combat those statistics, the Fever will conduct its annual Choices for Champions program promoting health, fitness, education, self-esteem and anti-bullying for students in grades 3 to 8. The Choices for Champions agenda begins at 9:45 a.m. The program is followed by a lunch break from 11:00 until tipoff. There will be a visit by Indiana Pacers mascot Boomer and his Boomer Dunk Show at halftime of the game.

In the Choices for Champions program, students will hear from successful leaders and role models including three-time Olympic gold medalist and WNBA champion Tamika Catchings and other Fever players. An anti-bullying program will be presented by Camishe Nunley, owner of the Healing Your Hidden Hurts agency dedicated to trauma survivors. Its “Building Resiliency In Children” anti-bullying program will deliver information on ways to create an atmosphere where bullying is not permitted.

Schools are encouraged to prepare for the educational program by conducting a “No Name-Calling Week,” wear Fever colors and create anti-bullying posters for hallways and classrooms.

A group admission rate for school and student groups is $7, while supplies last. Students and groups are welcomed to bring sack lunches. Individual tickets for general admission seating are $10. For tickets and further details on this event, visit FeverBasketball.com or call (317) 917-2500.

The Fever opens training camp on Sunday, May 17 and will participate in the Atlanta Dream Classic, in Louisville, on Saturday, May 23. Indiana joins the Dream, Mystics and Connecticut Sun in a preseason doubleheader, with the Fever and Sun paired in a preseason opening game at 5:00 p.m., at the KFC Yum! Center. The Dream battles the Mystics at 7:00 p.m.

A WNBA playoff participant in 10 straight seasons and 11 times since 2002, the Indiana Fever has reached at least the conference finals seven times in the past 10 years – including WNBA Finals appearances in 2009 and 2012. Just two seasons ago, Indiana capped the 2012 campaign as the champions of women’s basketball, beating the Minnesota Lynx in the WNBA Finals. The Fever hosts its 2015 home opener on Saturday, June 6 against Minnesota (7:00 p.m.). For 2015 season ticket information, visit FeverBasketball.com or call (317) 917-2528.