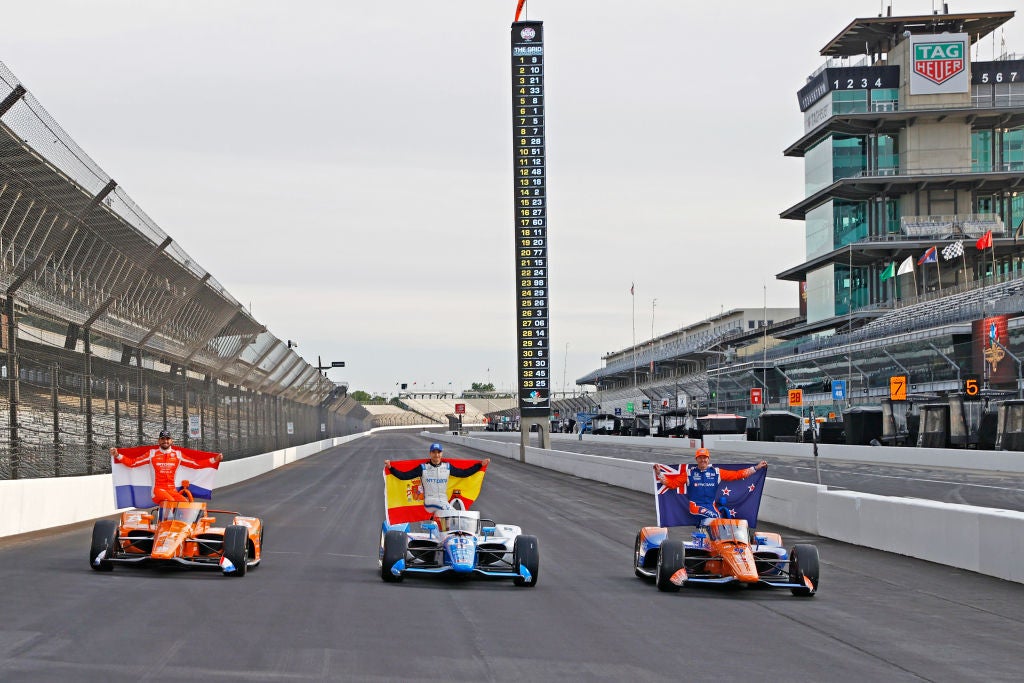 SPEEDWAY, Ind. (WISH) — IndyCar has released the official spotter guide for the 2022 Indianapolis 500.

Several cars will be running special liveries for the race.

Team Penske will run different looks compared to the races earlier this season. Scott McLaughlin will race in the classic yellow Pennzoil livery for the race.

Arrow McLaren SP will race in an alternate livery designed with the Undefeated. Drivers Pato O’Ward, Juan Pablo Montoya and Felix Rosenqvist will race in similar designs but with varying colors.

Scott Dixon, Jimmie Johnson and Marcus Ericsson of Chip Ganassi Racing will be in their familiar liveries, while Alex Palou will run in an alternative NTT Data livery and Tony Kanaan will be in a car sponsored by American Legion.

Ed Carpenter Racing will have a special orange livery for Rinus VeeKay, who finished third in qualifying. Team owner Ed Carpenter will race in a livery that was previously seen on Rinus VeeKay’s car in Long Beach.

JR Hildebrand of A.J. Foyt Enterprises will also debut a special “Homes for our Troops” livery.

Juncos Hollinger Racing’s Callum Ilott will race in a variation of his usual livery with new primary sponsor The Ticket Clinic.