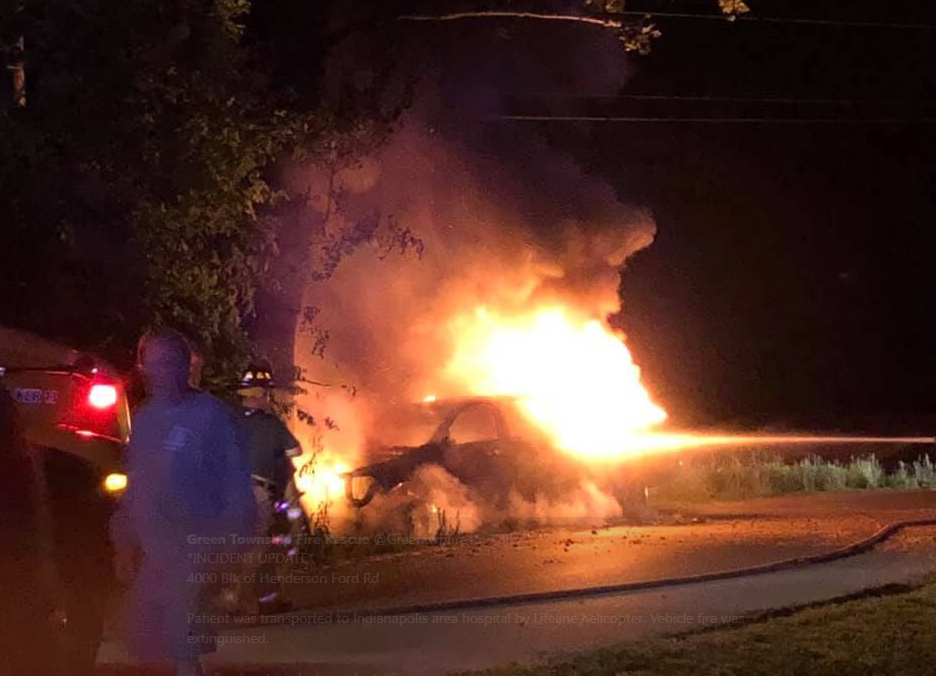 The crash happened around 4:50 a.m. in the 4000 block of Henderson Ford Road in Martinsville.

Authorities were called to the scene after reports of a person trapped in a vehicle that caught on fire.

The person was removed from the vehicle and then airlifted to an Indianapolis-area hospital. It is unclear what the extent of the victim’s injuries are.

Authorities were able to extinguish the fire.