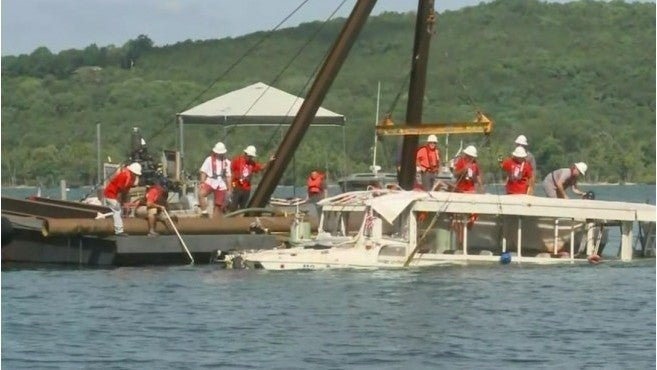 KANSAS CITY, Mo. (AP) — The company that owned a tourist boat that sank in a Missouri lake and killed 17 people has reached a settlement with relatives of two brothers who were among the victims.

The Kansas City Star reports lawyers for Ervin and Horace Coleman filed a settlement notice with Ripley Entertainment last week. Terms of the settlement are confidential.

The brothers were among nine members of an Indiana family who died when the duck boat sank in July on Table Rock Lake near Branson.

Several lawsuits against Ripley and other entities are pending in federal and state court. A spokeswoman for Ripley Entertainment says the company is continuing mediation with victims of the accident.

The lawsuits allege Ripley Entertainment launched the boat despite warnings of severe weather near the lake.