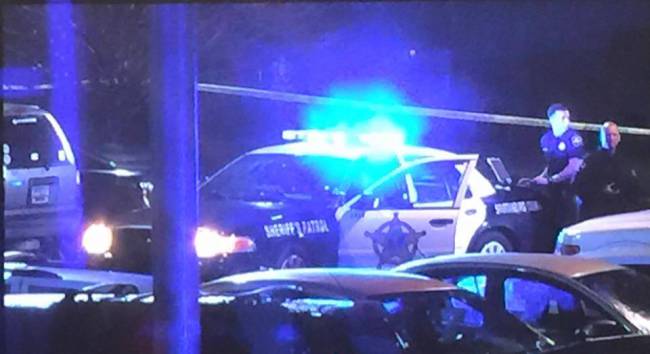 SPARTANBURG, SC (WSPA) – One person is dead and another in custody following an officer-involved shooting on the campus of Spartanburg Methodist College.

According to Thom Berry with the State Law Enforcement Division, a campus police officer was investigating a car break-in call.

The officer found two suspects trying to break into cars on campus, according to the Spartanburg County Sheriff’s Office.

Both suspects ran off, but one was quickly captured, according to deputies.

The Sheriff’s Office tells 7 News the other suspect tried to escape in a car. That person was said to have drove toward the officer and struck the officer. The officer then shot back at the vehicle.

The suspect was killed.

The names of the officer and the suspects have not yet been released. SLED is in charge of the investigation; the agency takes the lead on all officer-involved shootings in South Carolina.

Classes at the school Tuesday will be on a normal schedule. There is no longer a lockdown in place. The college plans to release more information later on Tuesday.