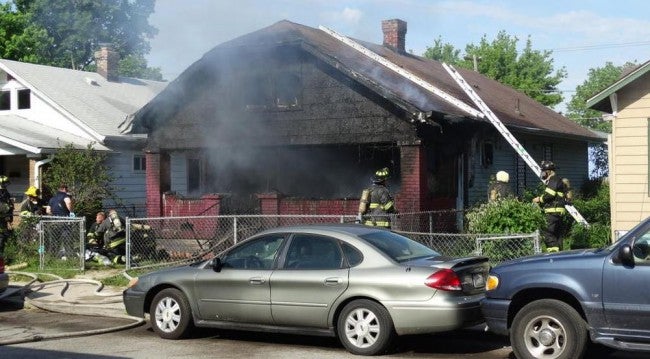 INDIANAPOLIS (WISH) – One man died and another was hurt after a house fire on the west side of Indianapolis Wednesday morning.

Fire officials are still investigating the cause. Authorities were called to the 1200 block of North Belleview Place around 9:15 a.m.

A second man, around 38 years old, suffered lacerations in the fire and was listed in good condition.

Lockhart said he left the house at about 6 a.m. Wednesday.

When fire officials got on scene, they said heavy smoke was billowing, and it was unclear if anyone else was inside.

“Initially, people were trying to figure out if there was somebody still inside the residence,” said Rita Reith with IFD. “They weren’t getting a clear answer.”

Carol Cooper, who was visiting her mother-in-law next door, was one of those people.

IFD says only 2 males were in the house.

“I just got to make sure my other cousins are okay,” said Lockhart.

Officials are still investigating the cause of the fire. But they say the house didn’t have working smoke detectors.

For information on receiving a free smoke detector, click here.