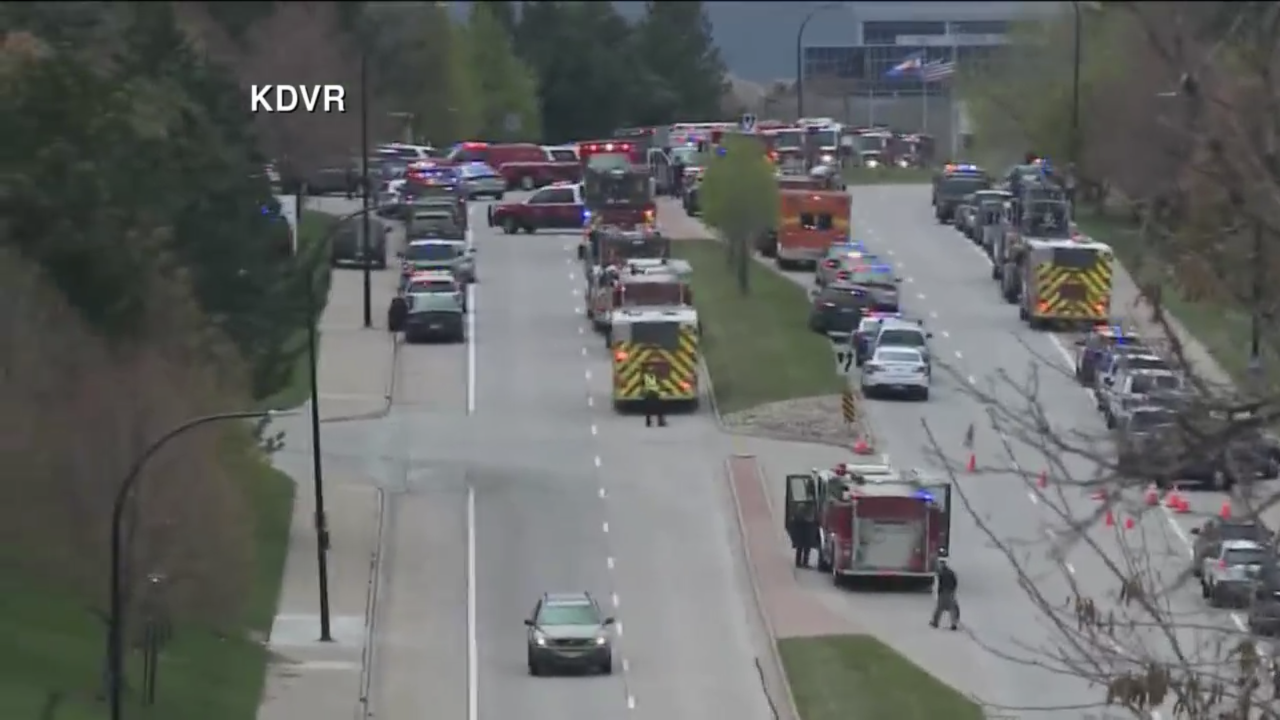 HIGHLANDS RANCH, Colo. (AP) — Two students opened fire Tuesday inside a charter school in an affluent suburb of Denver not far from Columbine High School, killing a teenager, wounding eight and spreading terror before they were taken into custody, authorities said.

Douglas County Sheriff Tony Spurlock said the pair walked into the STEM School Highlands Ranch and began shooting students in two classrooms. Within minutes, deputies at a nearby sheriff’s department substation entered the school and arrested the two suspects after a struggle.

“As officers were arriving at the school, they could still hear gunshots,” Douglas County Undersheriff Holly Nicholson-Kluth said.

Authorities did not release the name of the student who died, but said it was an 18-year-old male.

“I have to believe that the quick response of the officers that got inside that school helped save lives,” Spurlock said. He did not identify the suspects, but said they were not previously known to authorities. Authorities planned to search their homes and a vehicle at the school, he said.

The shooting took place exactly a week after a gunman killed two students and wounded four at the University of North Carolina-Charlotte. It also comes nearly three weeks after neighboring Littleton marked the grim 20th anniversary of the Columbine school massacre that killed 13 people. The two schools are separated by about 7 miles (11 kilometers) in adjacent communities south of Denver.

“Tragically, this community and those surrounding it know all too well these hateful and horrible acts of violence,” White House spokesman Judd Deere said in a statement. President Donald Trump had been briefed on the shooting and was in touch with state and local officials, Deere said.

“The heart of all Colorado is with the victims and their families,” Gov. Jared Polis said in a statement.

STEM is a public charter school with a focus on science, technology, engineering and math. It has more than 1,850 students in kindergarten through 12th grade.

As the gunfire rang out, students ran through the halls shouting “School shooter!” Some wondered at first if it was a joke or a drill.

“At the moment no one really knew what was going on so I didn’t know they were bullets,” said seventh-grader Sophia Marks. “I just kind of saw like flashes and we heard bangs.”

Chris Elledge, 15, said his teacher told the class to hide behind weight equipment in the room, where they stayed until police arrived.

“They busted in the room, and they were asking if there was any suspects in the room, if we were OK, and they escorted us out to go out to the front of the building,” Elledge said.

Frantic parents used their cellphones to find their children as news of the shooting spread. Sophia Marks’ mother, Sara Marks, said she has two other children who also go to the school.

Rocco DeChalk, who lives near the school, told television station KUSA that he saw so many students running past his house that at first he thought it was a gym class. He went outside and saw a teenage boy who had been shot in the back being helped by a teacher and another student.

They brought the boy into his kitchen and alerted a police officer, who sent for an ambulance.

“He made a comment, ‘Oh, I’m starting to feel it now,'” DeChalk said. “I told him that was probably the adrenaline kicking in and he was going into shock.”

Three hospitals reported treating eight people in connection with the attack, including two who were listed in serious condition. At least four others were released by Tuesday night.

Fernando Montoya told television station KMGH that his 17-year-old son was shot three times but was expected to make a full recovery.

The sheriff’s office directed parents to a nearby recreational center to pick up their children. A fleet of school buses arrived and dropped off students, some of whom were crying and holding hands with their classmates as they were helped off. An ambulance also pulled up and let out a half-dozen children, none of whom appeared to be physically injured.

In the evening, police blocked off traffic in a Highlands Ranch neighborhood and appeared to be searching a home. Sheriff’s officials would not confirm whether the search was connected to the shooting.

“It is not enough to send thoughts and prayers. It is empty. It is weak, and it does an injustice to our children who are on the front lines of this violence,” he said.