1 dead following semi collision on I-65 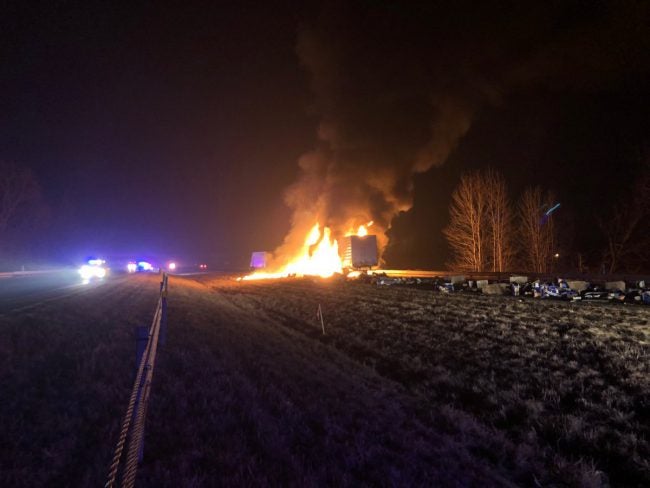 The incident happened around 2 a.m. when officials were called out to a major personal injury crash on I-65 southbound at mile marker 53 near Seymour. Early investigations showed that one semi rear-ended another, causing the second to burst into flames.

Sergeant Stephen Wheeles with the Indiana State Police later confirmed that the driver of the semi that was engulfed in flames was killed in the collision.

It is unknown if the driver of the other semi sustained any injuries.

The crash closed all lanes of I-65 between exits 50 and 55, before later opening after clean up.

The southbound lanes remain closed as the investigation is ongoing.