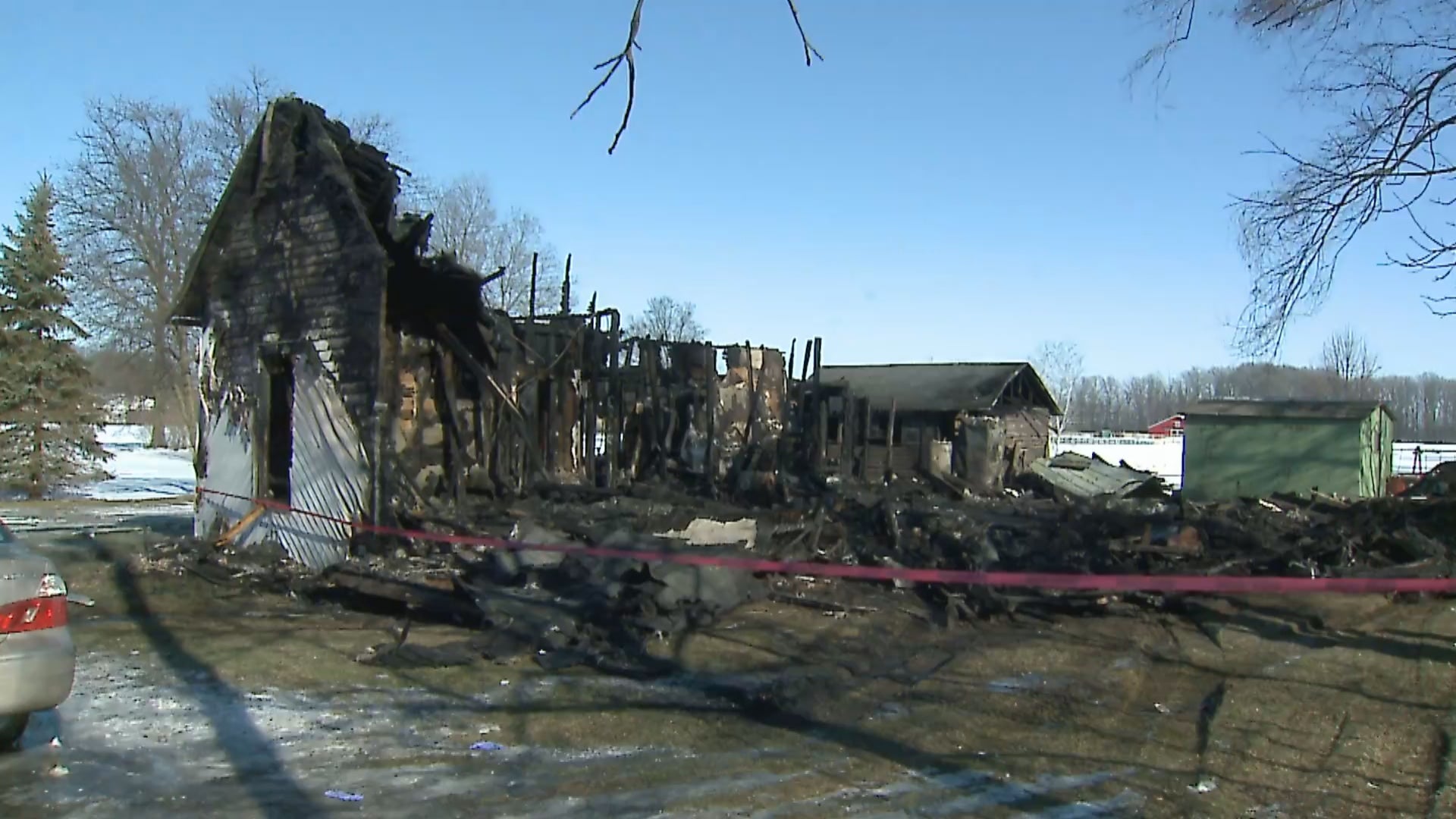 UPDATE: Gavin Greene, chief deputy coroner of Delaware County, has identified the three victims who were killed in a fire Thursday morning.

Daniel Porter, 71, Kimberly Porter, 62, and Irie O’Shea, 17, have been identified as the victims.

Delaware County Coroner Rick Howell said the preliminary cause of death is smoke and soot inhalation.

MUNCIE, Ind. (WISH) — A teenage girl and her grandparents are dead after a fire in a Delaware County home.

The fire’s cause was ruled “undetermined.”

According to Delaware County dispatchers, fire crews were called about 1:30 a.m. Thursday to the area of County Road 800 West and State Road 332. That’s about 10 miles west of Muncie.

Gavin Greene, chief deputy coroner of Delaware County, says two females and a male perished in the fire. They have not been publicly identified.

The girl was a student at Wes-Del High School. The fire broke out just hours before the final day for students of the fall semester.

“Tragic,” said Roger Alexander who stopped to take a good look at the remains of the home Thursday evening, tears coming to his eyes.

Alexander has been friends with the man who owned the home for more than 40 years. They would still see each other at summer music festivals.

“He was a good friend, didn’t know no strangers. Free spirit,” Alexander said.

He also remembers the victim would host an annual Harvest Moon bonfire with live music and lots of fun.

All that’s left now is the north wall of the home, which rekindled Thursday evening bringing firefighters back to the scene as Alexander watched.

“Now, we are going to be reaching out for dental records,” said Gavin Greene, chief deputy coroner for Delaware County.

“I just wouldn’t wish it on anybody but it’s even worse when it touches home, such family and dear friends,” added Alexander.

Neighbors say a family of three lived in the home and they had a dog.

Delaware County Coroner Rick Howell said Thursday night that the victims are a grandmother, grandfather and granddaughter. He could not immediately provide their names.

Alexander said he didn’t want to come out for one last look at his friend’s property, but knew he had too.

“You hate to have this be one of your last memories, but then I was thinking, well, no, it’s not going to be a last memory because I got all the other good ones I can look back on,” he said.

The Wes-Del school district said a student at Wes-Del High School and two family members died in the fire, but declined to identify the student without the family’s consent. Counselors were on hand Thursday, the final day before winter break, for students and staff. Counselors will also be on hand from 9 a.m.-1 p.m. Friday for students.

Heath Hardman, who lives a few houses down from where the fire happened, said, “It is heartbreaking knowing that they just were in bed and didn’t get up.”

“About 4:30 this morning, I woke up and there was lights and sirens everywhere and I couldn’t even get down my road,” Hardman said.

“Knowing that I was down the road at 1:30 in the morning, sleeping, and people were down here burning to death…. That’s what really gets me,” Hardman said.

Temperatures dropped into the single digits overnight for the coldest air so far this season. Investigators said they noticed two wood-burning stoves inside of the home, but could not connect them to the start of the fire. The fire burned for more than three hours.

Dispatchers said the state fire marshal will investigate the fire.

The deputy coroner said, “Be sure that all your smoke detectors are working in the house always make sure to have a plan with your family members to make sure if they ever smell any smoke or anything they now what to do.”