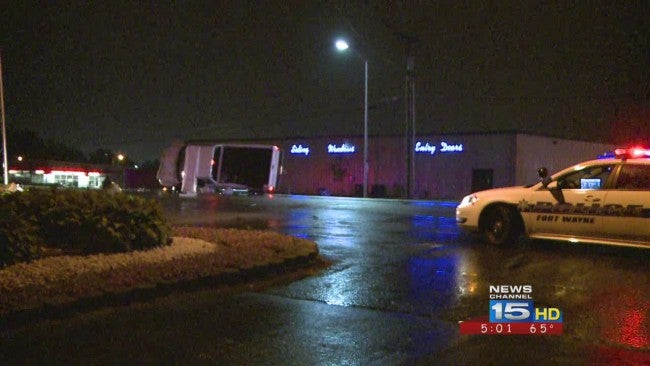 Police were called near the entrance to Furniture Row west of Lima Road shortly before 2:30 a.m.

Investigators said a pickup truck and car collided after one of the vehicles possibly crossed the center line. Damage on the vehicles indicated they may have collided head-on. Police cautioned the investigation is ongoing and a determination has not been made as to what caused the crash.

Investigators believe alcohol might be a factor in the crash, but did not disclose which driver might have been under the influence.

The pickup truck came to a rest on the driver-side door facing the opposite direction in the westbound lane. The driver was pinned inside the vehicle and was pronounced dead at the scene.

The car came to a stop pointing north in the eastbound lane. The driver of the car sustained minor injuries and possibly suffered a broken ankle, according to police.

Crash investigators are working to reconstruct the crash.

Both lanes of West Washington Center Road were closed west of Lima Road.

The Allen County Coroner’s Office will determine and exact cause and manner of death. The office will also release the name of the deceased at a later time.