1 dead in fiery crash on east side 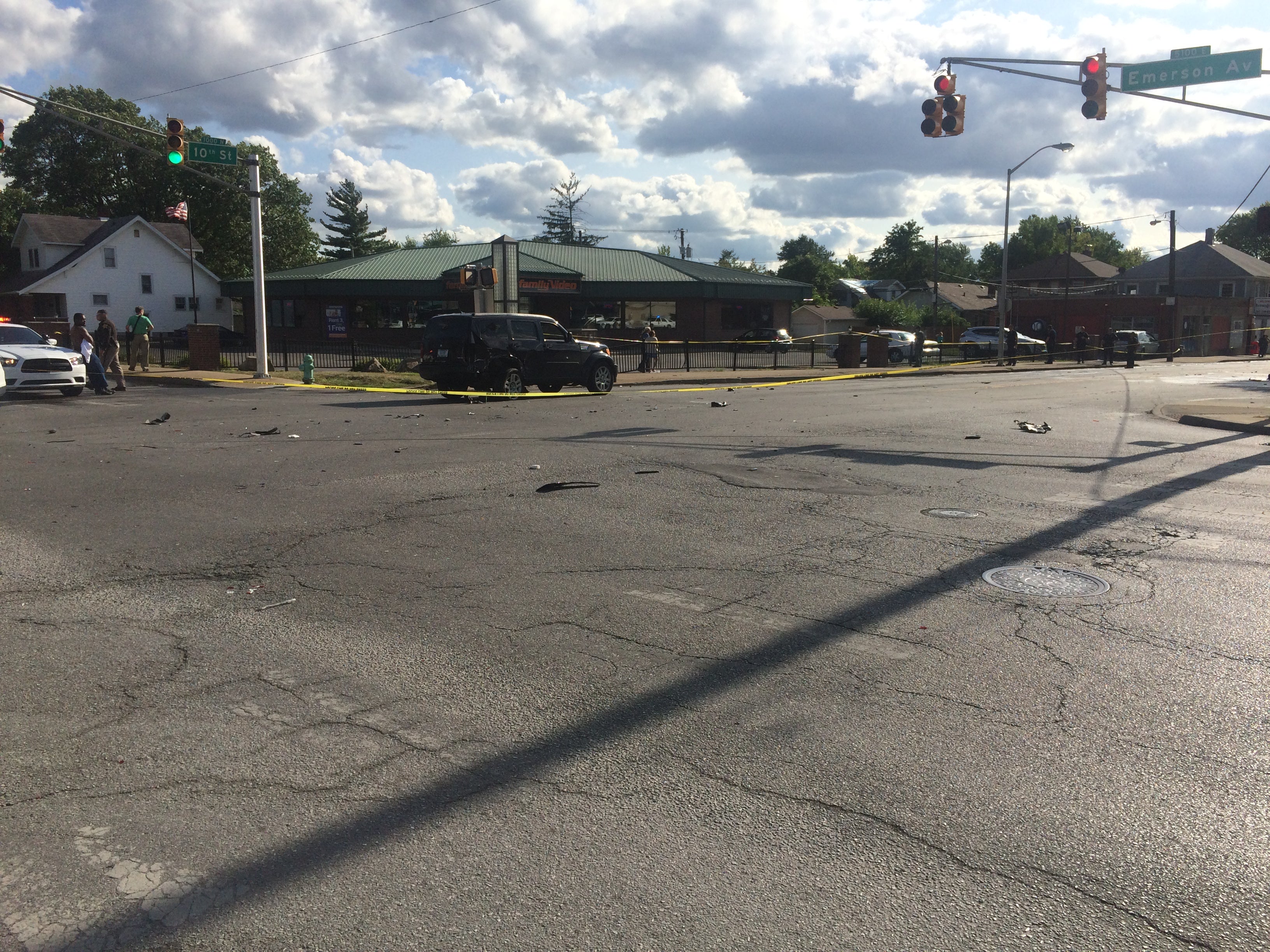 INDIANAPOLIS (WISH) — A fiery car crash on Friday afternoon left one person dead and shocked drivers in the area.

Officers from the Indianapolis Metropolitan Police Department were called to the intersection of East 10th Street and North Emerson Avenue just before 5:30 p.m. Friday on a report of a crash.

Eyewitnesses said a car traveling as fast as 100 mph sideswiped an IndyGo bus, then hit a car in the middle of the intersection. Witnesses said a third and fourth car were potentially hit.

The car eventually hit a tree. That’s when witnesses said the tree caught fire.  Witnesses say they rushed to save the driver as flames billowed from the car, but the car door was locked.

The crash shut down four streets on the city’s east side, shocking a nearby barbershop owner.