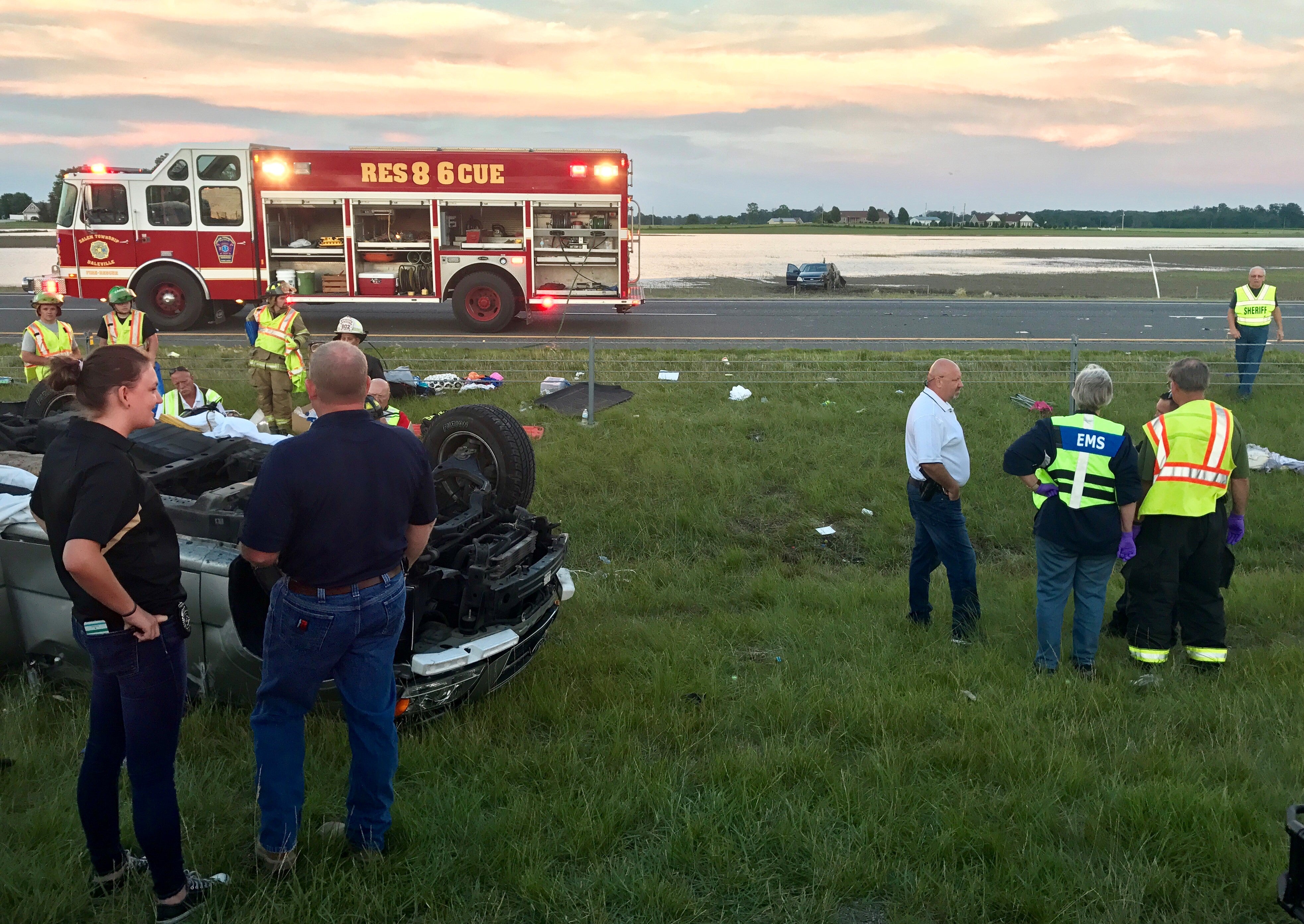 The crash occurred about 7:20 p.m. near the 238-mile marker, about 3 miles south of the State Road 332 interchange, said Delaware County Deputy Sheriff Joe Krupa. He said one of the vehicles was in the interstate median.

“A Blue Ford Focus and silver KIA both northbound on I-69 made contact for an undetermined reason causing both vehicles to lose control and roll over,” Krupa said in an email about 11 p.m. “The driver of the silver KIA was killed in the crash.”

Other occupants of the KIA and the driver of the Focus were taken to IU Health Ball Memorial Hospital in Muncie for injuries related to the crash, Krupa said. Their conditions were not immediately available. The email did not name any of the people in the crash.

Impaired driving is not believed to be a factor, but the crash remained under investigation, the email said.