1 in Frankfort house fire dies in Indianapolis hospital; 5 others injured 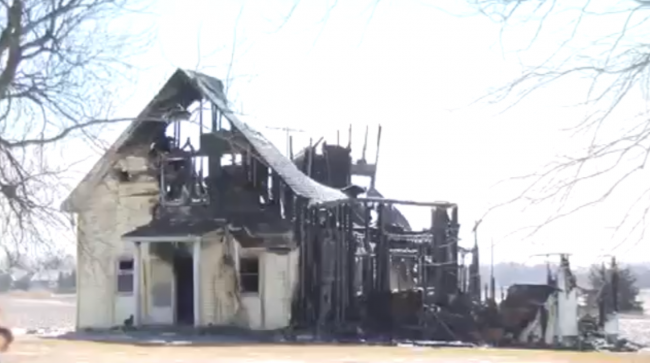 His identity has not been released. He died at 3:30 pm. at Sidney & Lois Eskenazi Hospital.

The conditions of the five other people injured in the fire was not known, the fire chief said.

The fire remained under investigation. PREVIOUS

FRANKFORT, Ind. (WLFI) — Six people were taken to the hospital after a house fire in Frankfort early Monday morning.

Frankfort firefighters responded to a fire at a two-story farmhouse at 2:20 a.m. at the corner of Rossville Avenue and Bunnell Road. The fire was under control by 4 a.m.

Frankfort Fire Chief John Kirby said firefighters pulled a man and a 5-year-old boy out of the house. Both were airlifted to Indianapolis hospitals.

Two other people were taken to IU Health Arnett in Lafayette, a fifth victim was taken to Riley Hospital for Children and a sixth victim is at IU Health in Frankfort.

The conditions of all six people were unknown on Monday afternoon.

Fire crews from Rossville, Mulberry and Frankfort all reported to the scene.