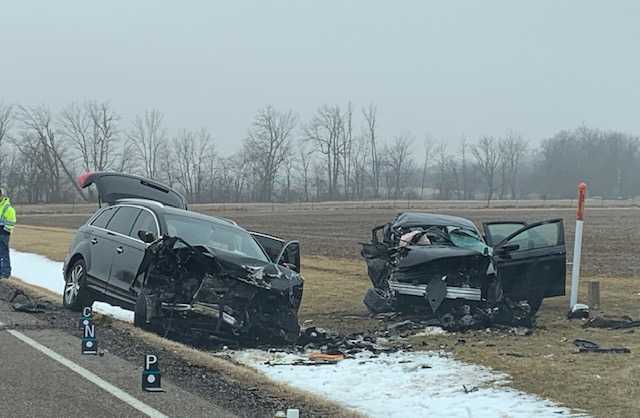 BOONE COUNTY, Ind. (WISH) – One person is dead after a Saturday morning crash in Boone County, according to the Boone County Sheriff’s Department.

Deputies say a black Chrysler 200 driven by 45-year-old Tammy Kelly was traveling eastbound on State Road 47 when, for an unknown reason, appeared to be swerving all over the road as it approached a black Audi Q7L being driven by 63-year-old Michael Kaveney.

At one time, Kelly’s vehicle exited the road, on the south side and then overcorrected, causing it to fishtail as it came upon and finally struck Kaveney’s vehicle.

CPR was applied to Kelly at the scene and was then transported to the hospital where she was pronounced dead.

Kaveney was also taken to the hospital for minor injuries.