1 killed in east side crash 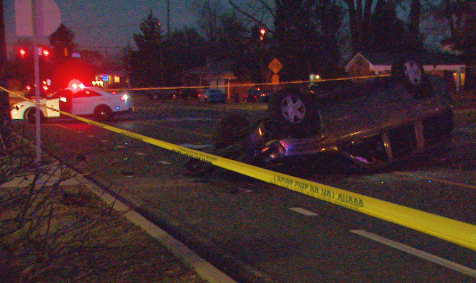 INDIANAPOLIS (WISH) – One person has been killed in a single vehicle accident on the city’s east side.

The accident happened in the 800 block of North Shortridge Road just after 5 p.m. Saturday.

Police said the vehicle had flipped over and the adult male had to be extricated from the vehicle by the Indianapolis Fire Department.

According to the Indianapolis Metropolitan Police Department, the adult male driver, the only occupant, was killed.

He was rushed to Sidney & Lois Eskenazi Hospital where he later died.

It is believed that alcohol may have been a factor in the accident.

The name of the driver has not yet been released.