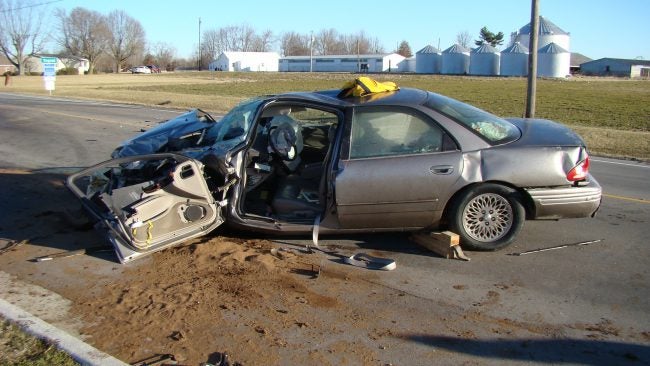 According to the Indiana State Police, troopers responded to a two vehicle personal injury crash on US 421 at approximately 8:30 a.m.

Police said early indications are that a 1997 Chrysler Concord driven by 79-year-old Gary Fraser pulled onto US 421 into the path of a southbound 2008 Ford F-350 driven by Aaron Carroll,37.

ISP says that the two vehicles collided nearly head on.

Fraser, after being entrapped in the vehicle, was extricated and then taken via helicopter to a hospital for life threatening injuries. Fraser later died at the hospital.

Carroll was not injured in the crash.