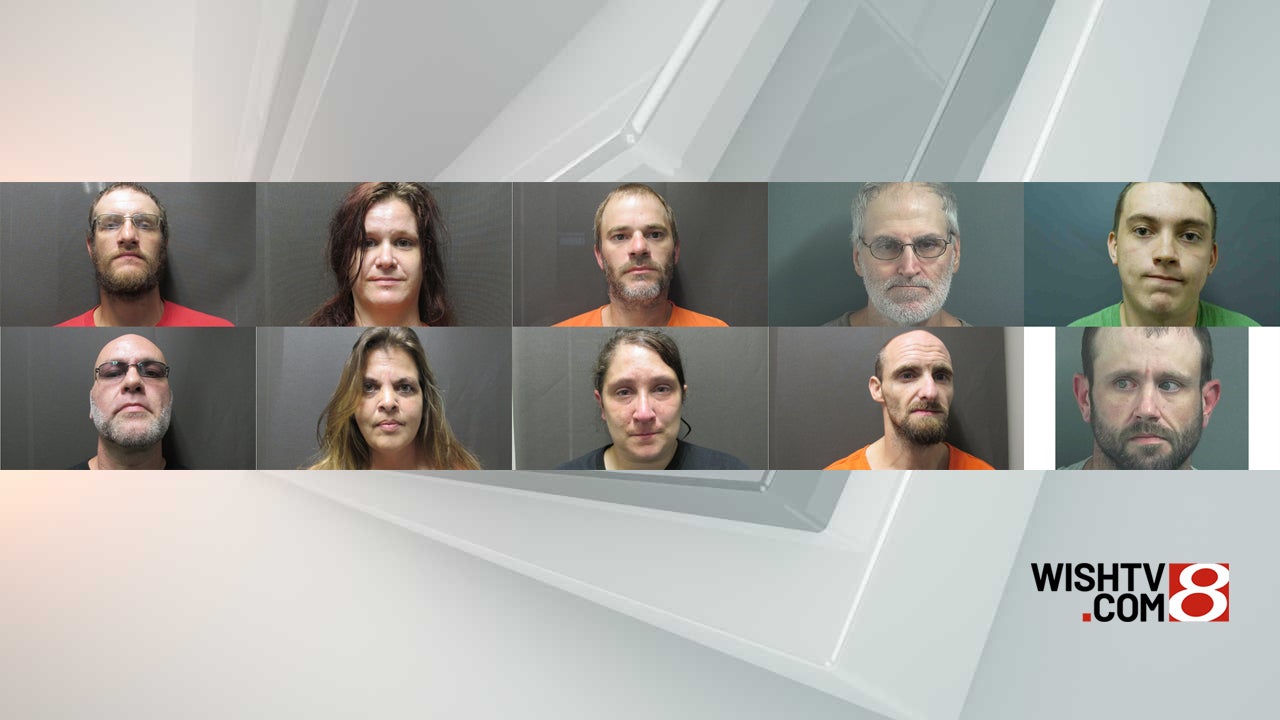 For the last four months, investigators with the Indiana State Police and Greene County Drug Task Force have been working on tips about illegal drug activity in Greene and Sullivan County.

After obtaining an arrest warrant, investigators arrested the following either at their home or during a traffic stop on drug related charges:

All ten suspects were jailed in either the Sullivan County Jail or Greene County Jail.