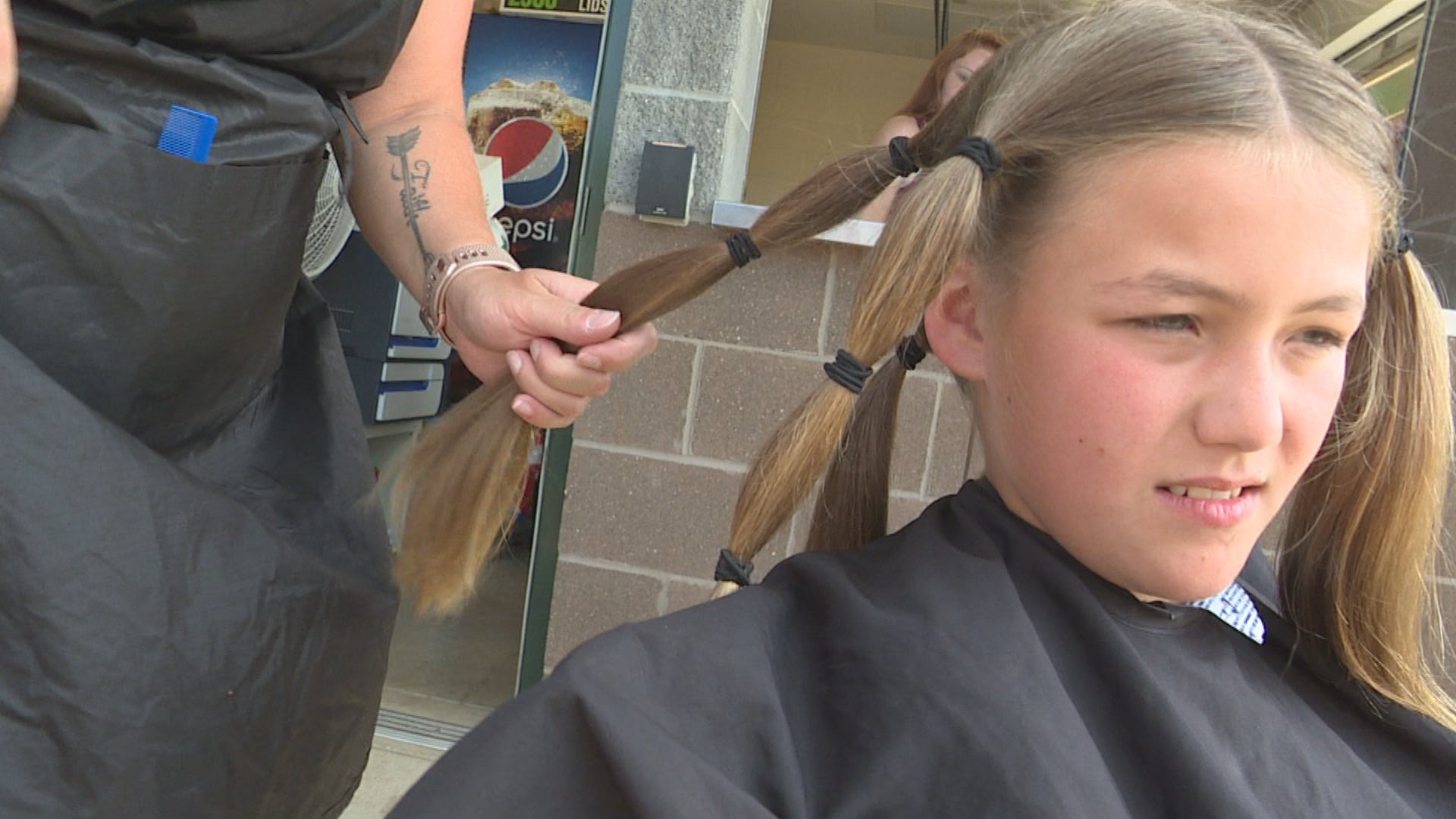 SHELBY COUNTY, Ind. (WISH) — A young boy made a donation Thursday that has been years in the making.

It’s his hair. Hyatt Watson, 10, has been growing it half his life.

But when he decided to cut off his 20 inches of flowing locks, the money flowed in more than anyone imagined.

Hyatt doesn’t even remember the last time he got an actual haircut.

It’s hair that would make anyone jealous.

Flowing halfway down his back, you might think he’s a girl.

But not for much longer.

The last time he got an actual haircut, it was around kindergarten.

“I remember that I didn’t really like haircuts so I decided to grow my hair out,” he said.

The rest is history.

He’s now a week away from fifth grade.

“Everybody identifies Hyatt by his hair,” said his father, Justin Watson. “He’s the boy with long hair.”

After months of wavering, Hyatt decided it was time. He first asked his dad about donating to sick kids who could use it.

Then his grandmother said he should do a fundraiser.

“It’s pretty amazing. I didn’t think I’d get that much money in three days,” said Hyatt.

So Thursday evening, the concession stand at Triton Central turned into a barbershop, right before Hyatt’s youth football practice.

Just one chair for a single “customer,” Hyatt, with his cleats on, with a whole crowd of family, friends and teammates watching.

He had so much hair, he had six ponytails to donate.

He gave a scream when he saw his first lock no longer attached.

His aunt, a professional, did the honors.

His feelings about haircuts haven’t changed.

Hyatt was almost unrecognizable once it was all over.

“I’m really lightheaded,” he said, with buzzed hair on the sides and back of his head.

“He’s going to go back to school and no one is going to know who he is and say ‘who’s the new kid,”‘ said his father, Justin.

“First of all, I’m not going to be called a girl anymore,” said Hyatt.

But don’t count on this look for long, not just because he doesn’t like haircuts.

“I’m thinking of growing it out again and donating it,” said Hyatt.

Hyatt said being confused for a girl was his favorite part of having long hair. It was something the entire family thought was hilarious.

One time, he was even mistakenly invited to join a girl’s wrestling team.

Hyatt has three brothers. In restaurants, it often led to accidents as the server would ask, ‘what does the young lady want to order?’

He said having short hair will be much cooler. He lost so much mass that he even had to be fitted for a new helmet after his haircut.