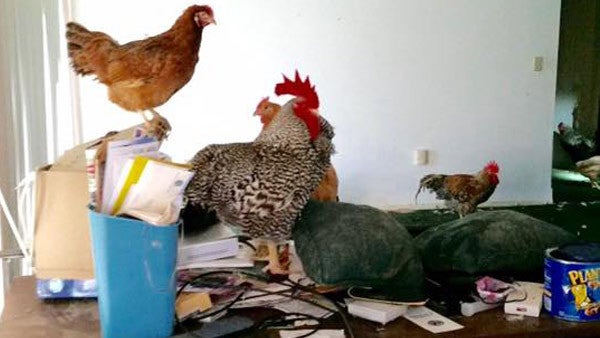 PORT RICHEY, Fla. (WFLA) — An investigation is underway in Port Richey after the Pasco County Sheriffs Office learned that about 100 chickens are living in a residence.

The sheriff’s office has not said if anyone was living in the home with the chickens. However, officials say a woman is being investigated.

The sheriff’s office posted to its Facebook page multiple photos of chickens inside the home.