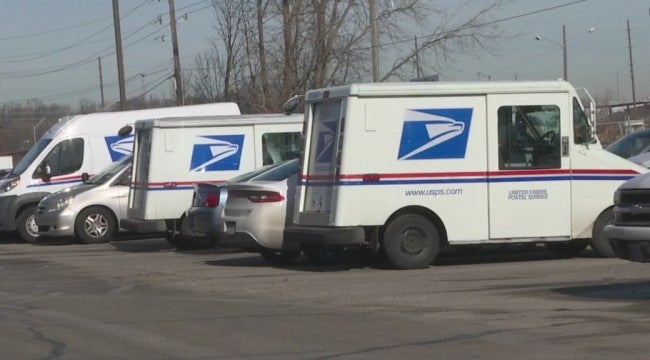 INDIANAPOLIS (WISH) — A pair of thieves tried to get to the packages before they hit the doorstep by targeting a U.S. Postal Service truck, the agency said Tuesday.

A $10,000 reward was offered for information that could lead to the arrest of two men dressed in black who robbed a mailman in broad daylight. The crime happened about 4:30 p.m. Friday near North Butler Avenue and East 28th Street.

“It’s a felony!” said Postal Inspector Laura Carter. “We are very serious about the protection and security of our carriers. So, this is our way of making sure that our carriers are safe and hopefully the public can help us.”

According to the U.S. Postal Inspection Service, the men approached the mail carrier in his stopped truck. One of them showed the worker he had a gun, and demanded all of the mail in the vehicle.

“I don’t know that they got all of the mail,” Carter said. “They did get a portion of the mail and some packages.”

The Postal Inspection Service says mail around Christmastime may contain more valuable goods, but robberies aren’t exclusive to the holiday season. They say it happens an average once a month and there’s no way for mail carriers to stay safe other than calling 911.

“It’s not permitted for them to have a firearm,” Carter said. “We have had carriers ask if that’s permissible and it is not.”

A way carriers can be a little safer is with community support. Just like the police always say, if you see something, say something.

Postal inspectors say postal crimes happen everywhere so everyone should be watching out for their friendly neighborhood mail carrier.

Anyone with information can call the Postal Inspection Service at 877-876-2455.