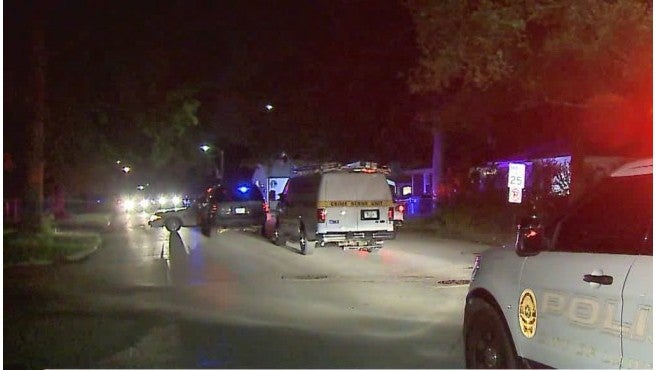 LAWRENCE, Ind. (WISH) – A 14-year-old teenager has died after being shot at a party in Lawrence Saturday night, according to the Lawrence Police Department.

The teen has been identified as Daron Johnson.

The Lawrence Police Department was called about 10:34 p.m. to a city fire station at 4751 N. Richardt Ave., which is next to the Lions clubhouse at 4745 N. Richardt. About 30 police officers responded, said police department spokesman Gary Woodruff.

Detectives believe a physical confrontation between two people at the party escalated to two groups of people fighting, and more than one person fired shots, according to Woodruff.

The victim was initially taken to the hospital in critical condition.

Five teens in all were shot at the party.

Officials on Sunday arrested a 14-year-old in connection with the shooting. He faces preliminary charges of criminal recklessness and minor in possession of a firearm.

However, Lawrence police are still searching for a second shooter. Anyone with information on this case is asked to contact Crime Stoppers at 317-262-8477.