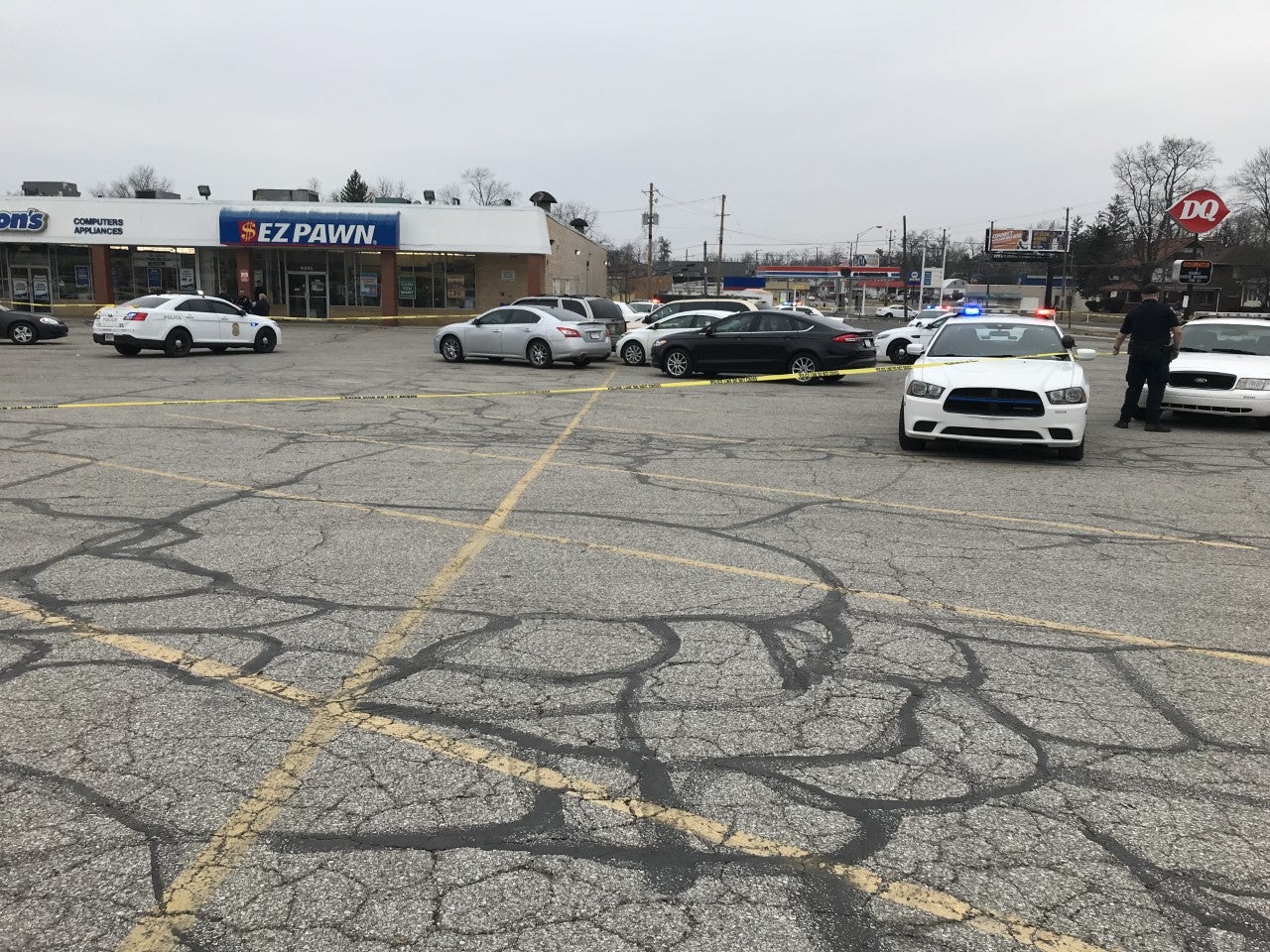 INDIANAPOLIS (WISH) — A 15-year-old robber was shot dead Wednesday afternoon at a shopping center on the city’s east side.

Indianapolis Metropolitan Police were sent shortly after 3:35 p.m. to a robbery in progress and a person shot at Irvington Plaza Shopping Center at 6241 E. Washington St. The shooting happened at the EZPawn store.

IMPD said in a news release that the robber was taken to Sidney & Lois Eskenazi Hospital, where Ja’Shawn Taylor, who police say was armed, later died.

Detectives said customers and workers were in the store when the shooting occurred. Police later said that the shooter was a store employee.

“It’s a shame that being a suspect, or a robber, that people will lose their life. I’m glad to hear it wasn’t an employee,” said Bernie Cline, who has shopped at the EZPawn previously.

A firearm was recovered at the scene, the release said.